Individuals and dealers still in possession of the banned airtime scratch cards will return them to the respective telecom operators in exchange for a refund, UCC said on Wednesday.

Uganda Communications Commission (UCC) issued a public notice yesterday informing all those that are still in possession of the scratch cards which with effect from August 1 became invalid, to return them to authorized dealers so as to get electronic airtime or the equivalent value.

All telecom companies operating in Uganda will no longer sell airtime scratch cards which users have been accustomed to. The decision to phase them out was reached between these telcos and the communications regulator, UCC on behalf of government.

“The UCC and telecom operators have phased out use of airtime scratch cards and replaced them with electronic airtime,” read the notice issued by UCC on Wednesday.

UCC said that forthwith, all telcos will be required to adhere to the dispensation of airtime through electronic platforms which include mobile money, electronic top up (Easy pad, electronic voucher credit and Me2U) as well as electronic payment options such as Pay Way.

“Individuals or vendors still in possession of airtime scratch cards should return them to an authorized dealer for electronic airtime refund or equal value,” UCC added.

While addressing Parliament on the basis for banning the use of airtime scratch cards, ICT Minister, Frank Tumwebaze said that the scratch cards were untraceable and this was directly linked to the selling of illegally registered simcards and would facilitate airtime recharge and top-ups manually without any digital tracing.

UCC had earlier said that the decision to ban the scratch cards was also informed by the threat that they pose on the environment.

Minister Tumwebaze appealed to Ugandans to embrace rather than resist the continuous technological advances saying that “if you resist technology, it will disrupt”. 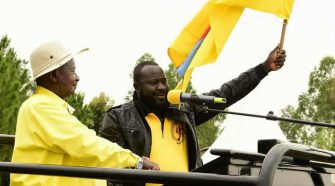