Parliament’s debate on the Law Revision (Penalties in Criminal Matters) Miscellaneous (Amendment) Bill 2015 has for the second time hit a snag after legislators failed to comprehend the principles of the Bill.

The debate was for the motion for the second reading of the Bill which was moved by Busiro County East MP, Medard Lubega Ssegona.

This was the second time the House was failing to debate following an earlier call on Wednesday where members requested the Deputy Speaker, Jacob Oulanyah who was chairing the session to defer the debate to Thursday and allow members do serious revision.

The mover of the Bill, Ssegona was forced to call the House to order giving clarifications on the objectives behind the Bill.

The Bill seeks to amend Penal Code Act, Cap 120 the Anti-Terrorism Act, 2002, the Uganda Peoples Defence Forces Act, 2005 and the Trial on Indictment Act, Cap 23 by removing all references to the mandatory death penalty prescribed in those laws and to restrict the application of the death penalty to “the most serious crimes”.

It intends to remove the restriction on mitigation in the case of convictions that carry a death penalty and related matters.

“The bill talks about substitution of the sentence in light of the decision in Kigula case where the Supreme Court held that the wording which create mandatoriness in the sentence is unconstitutional to an extent that it takes away the discretion of Court which is granted by the constitution,” Segona said.

The Supreme Courts provides that to the extent that act provides for the mandatory death sentence, it is unconstitutional

He added that for a person to be charged with an offence must be defined by law and the penalty prescribed by the law which penalty in this case has been scrapped by the Supreme Court ruling in Kigula case.

“As we speak, all those sentences that prescribe a mandatory death penalty are unconstitutional to the extent that there is no penalty to the act,” Ssegona explained.

He added that the Bill as well intends to align the Penal Code with the Supreme Court ruling in Kigula case but not to remove death penalty.

Despite an elaborate explanation from Ssegona, several legislators kept on seeking clarification which prompted the Deputy Speaker to defer the debate to aa late date, noting that the contents of the Bill don’t align with its objective.

“I will pause this matter to give one week to the mover of the Bill to clean it up so that it will not suffer what it has suffered today,” Oulanyah ruled. 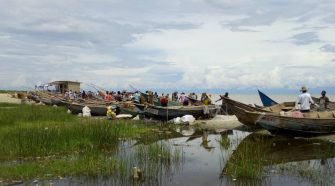