Uganda’s national football team, The Cranes, are set to play against Cape Verde tomorrow in AFCON 2019 Qualifiers, a game in which Uganda only needs a draw to seal a spot at the final tournament in Cameroon next year.

Cranes lead Group L with 10 points ahead of Taifa Stars of Tanzania who have 5 points. Cape Verde is in the third position with 4 points while Lesotho lies at the bottom with only 2 points out of the four group games played so far.

The Atlantic Ocean islanders are already in the country and according to their tactician, Rui Aguas, they hope to scoop the three points from Uganda.

“We have come with a clear objective – to win the match. We have four points which we have to build on and get the result. I know Uganda is at home and they are good, but we are set. When we lost 1-0 at home, I was not in charge. Now, I am the coach in charge,” Rui Aguas told reporters at Entebbe International airport.

On June 10, NAPSA United’s striker Geoffrey Sserunkuma’s second half goal against Cape Verde away from home gave Uganda their first win. Tanzania’s game against Lesotho ended in a one all stalemate.

In their second game, Cranes were held to a goalless draw by Taifa Stars of Tanzania on September 8 in Kampala.
Meanwhile, also Lesotho’s game against Cape Verde on the same weekend ended in a one all draw in Maseru.

On October 13, Uganda thrashed Lesotho 3-0 in Kampala, thanks to Emmanuel Okwi’s brace and a goal from Farouk Miya. Cape Verde on the other side beat Tanzania 3-0.

The two top teams qualify for the 32rd edition of the tournament.

This weekend Uganda hosts Cape Verde and Tanzania will travel to Maseru to play hosts Lesotho.

A draw or a win for Uganda will see them return to AFCON for the second time since ending their 39 year jinx last year without appearing at the final tournament, when they played at AFCON in Gabon. 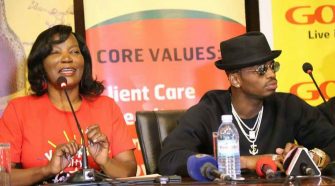