After announcing the 4th edition of Shell Tokosa Food Festival last week, the latest news coming in on our desk is that city comedian, Patrick Idringi alias Salvado, Deedan and Mckenzie all top radio and television personalities have been booked to host the fest.

“There is nothing that unites people and brings them together other than food, I will definitely be there to have another experience of my life time,” said Deedan when contacted about the Tokosa gig.

Deedan has been at the forefront of several events including Blankets and Wine which she has hosted since inception to-date, and we can’t think of a better fit.

According to comedian Patrick Idringi – Salvado, Uganda is referred to as the food basket of Africa so it’s time for Ugandans to play around with our food and see how well we can come up with unique cuisines.

“We all love to eat but because people are not sure of what to include on their diet. Some end up being obsessed and it’s through such events that people can get to learn the basic of health eating and health living especially for our mothers who are always behind the stoves,” Salvado said.

Beside food, revelers will certainly expect to be served jokes spiced with hard-hitting punchlines from Salvado.

He loves to cook but the presentation of his food to qualify to be deemed fit for breakfast, lunch or dinner is what disturbs him most.

On the other hand, Mckenzie’s reputation in emceeing precedes him. The Radio City and Urban TV presenter will find no hurdles given his chemistry with his co-presenter, Deedan.

According to a press notice released on 2nd Feb 2018, this year’s edition Tokosa will have a wide range of cuisines cutting across the world with Japanese, Mexican, Grills & Babeque, Continental and many others.

Adults will besides their children having real fun will be treated to great music and groovy session led by top city deejays, comics and host of activities including world cup screening while creating lasting impression.

All proceeds from the event will all go towards supporting Blessed Child Foundation offering childhood cancer care services for increased remission and dignity for terminally ill children and Grace Villa – Wateeka, school feeding program for kids in Kabale. 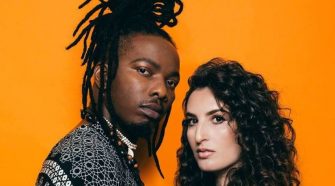