The Auditor General, John Muwanga has expressed worry that the delayed funding of the general elections activities might affect the smooth running of the elections come 2021.

This, he noted Wednesday, while presenting the Auditor General’s Annual Report to the Speaker of Parliament for the financial year ended June 30, 2019.

The amount is supposed to be released in 3 phases, to enable proper and timely implementation of the general elections.

He said activities critical to the roadmap that should have been implemented include; demarcation of electoral areas, re-organization of polling stations, specialized training (ICT, biometrics and due diligences of ICT procurement), and voter education.

Others are: acquisition of biometric voter verification system, developing election document management system, digitizing elections documents and setting up an election digital archive among others.

“The Medium Term Expenditure Framework (MTEF) provision on only Shs 141bn in the year did not finance the above activities. This therefore prompted the Commission to reschedule the activities to the last year of the election,” Muwanga said.

The Auditor General observed that the financing of the road map to 2021 general elections is behind schedule.

He asked government to consider prioritizing the financing of the roadmap given its gravity in having a smooth and peaceful electoral process.

While responding to the matter, Speaker Rebecca Kadaga, wondered why taxpayers would incur the cost of buying new biometric machines yet there were some equipment that was purchased before 2016 general elections.

Kadaga demanded to know what happened to the machines that were used just once and whose cost to government was huge.

“When Dr Badru Kiggundu was still the Chair, he called me to launch some good biometric equipment with some good cameras. So, I don’t know what has happened to what we launched and why we are procuring new equipment in a very short time,” Kadaga wondered. 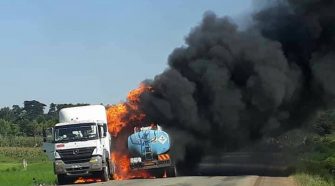