In March this year, MTN Group President and CEO, Rob Shuter met with President Museveni on the sidelines of the Africa Now Summit that was held at Speke Resort in Munyonyo.

The MTN top executive was accompanied by MTN Uganda Board Chairman Charles Mbire and Acting MTN Uganda CEO Gordian Kyomukama among others.

It is believed that it is during that meeting that the MTN executives tabled the request for Wim’s return to the President.

Now MTN has in a statement confirmed that Wim who is expected to resume duties will return to Uganda.

“MTN confirms that the President of the Republic of Uganda, His Excellency, President Yoweri Museveni has exercised executive discretion to permit MTN CEO, Wim Vanhelleputte’s unconditional return to Uganda”, MTN said in a statement released on Thursday afternoon.

In the statement, MTN committed to continue playing its part in the development of Uganda and affirmed that it is a law-abiding corporate citizen.

“MTN wishes to express its gratitude to His Excellency, the President of the Republic of Uganda, all government officials, Ministries, Departments and Agencies for their support and goodwill for making this possible,” the MTN statement reads in part. 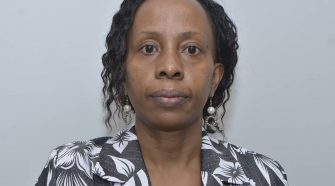 OPINION: Regulating the Physical Location of Pharmacies, Drug Shops is Good for Consumers