He said he has traversed all the five continents in the world, as well as visited different parts of Uganda in his long service within the private and public sector, and can not compare Uganda’s beauty to any other place.

The Deputy Chief Justice made the remarks on Thursday while launching a private sector initiative dubbed ‘Breathtaking Uganda’ which seeks to promote domestic tourism.

The event was held at Skyz Hotel in Naguru and was also attended by the State Minister for Tourism, Godfrey Kiwanda Ssuubi, the Deputy chief executive at Uganda Tourism Board (UTB), Bradford Ochieng among other guests.

“I have had the opportunity to move around the country. I have been to Queen Elizabeth and Murchison falls parks. We are truly blessed as a country,” the Deputy Chief Justice said.

“So, when young people come up with such initiatives to promote our tourism, we would be failing our country if we do not seize the opportunity to harness the best there is,” he added. 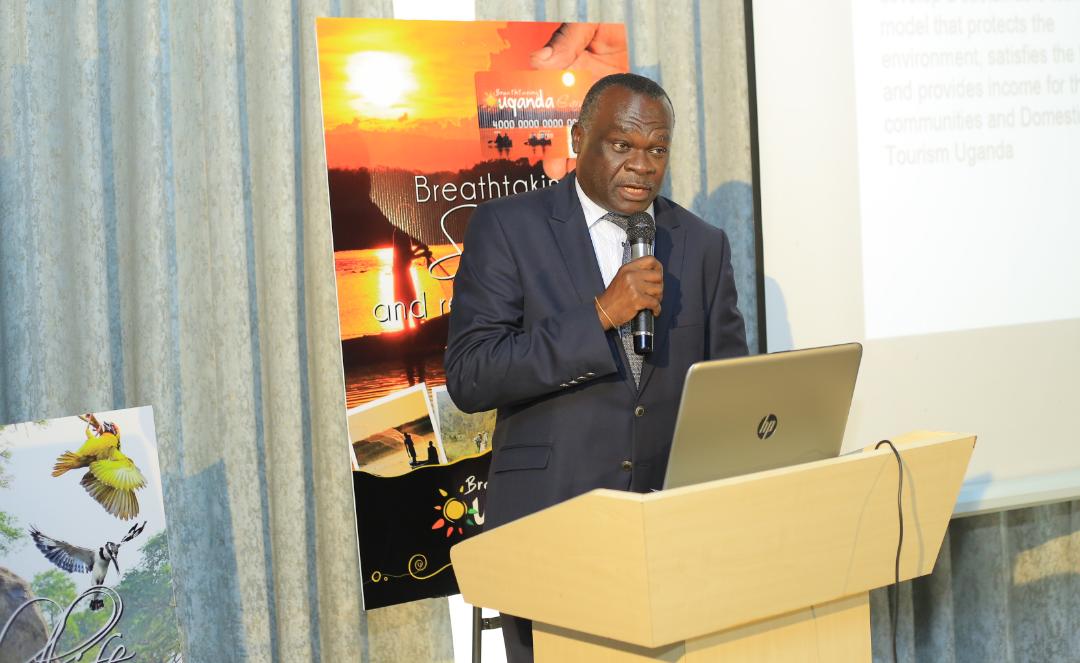 He said that for a sector like tourism which is currently the highest foreign exchange earner for Uganda (USD 1.4bn in 2018), more should be done to leverage the potential.

Owiny-Dollo cited some sites (Imatong mountains, Ututuru and Agoro) in Northern Uganda which he said are of great historical importance but have not been positioned as tourist attractions.

“We have to revive history,” he told guests at the launch.

He used the event to highlight the threat of environmental degradation that the country continues to grapple with.

We need to understand the dangers we are causing on our environment. If you are to look at the last 10 years, there is a lot of damage that has been caused.

“There is need for a legislation that provides for every household to have at least 20 designated trees. Such a drive will change the downward trend on environmental degradation”

In his speech, Minister Kiwanda called upon Uganda to be at the forefront of touring and marketing their country, saying “you can not promote what you don’t know”.

He said that ‘Breathtaking Uganda’ is the latest in several other initiatives like Rolex festival, culture festival and Ekkula Tourism Awards which have been created by young people to promote Uganda.

“I want to thank Isaiah, Sarah Kagingo and the team for the initiative of Breathtaking Uganda. I am going to work with you, I’m going to move with you,” he pledged. 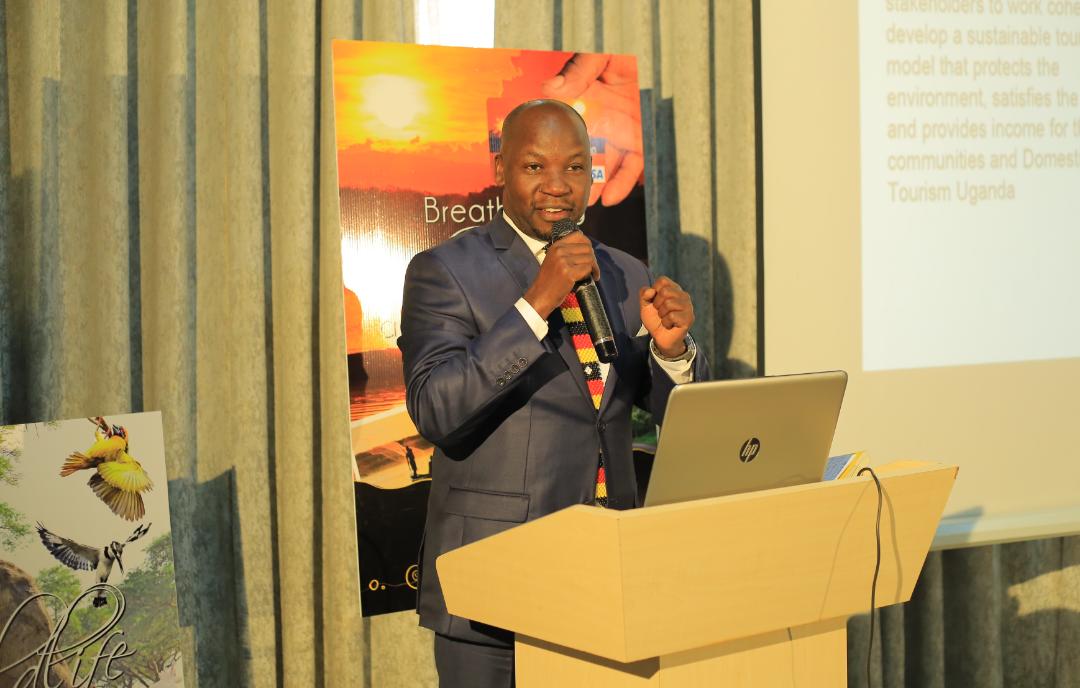 The ‘Breathtaking Uganda’ initiative is a brainchild of tourism enthusiast, Sarah Kagingo and Isaiah Rwanyekiro.

Rwanyekiro told reporters that Breathtaking Uganda will be organizing monthly travel excursions (for Ugandans) to different destinations in Uganda at a cost as low as Shs 600,000.

“People go to the bar in Kampala and drink in one night. By the time the weekend is done, they have spent Shs 1m. So that sort of disposable income is available,” Rwanyekiro said.

“It is all about deciding that instead of buying a bottle of Johnnie Walker or whatever, I will instead take three days and use this Sha 600,000 to drink, eat, drink, be transported and have all these breathtaking activities in these different national parks”.

Travelers will be in position to get services at accommodation facilities at discounted prices using a Breathtaking Uganda royalty card to be unveiled soon, he said.

“The financial card is Visa enabled card. You can use this card on any point of sale to access various lodges that we have brought on board as partners,” he said.

He said that other activities such as tourism quiz nights will be organized in partnership with Skyz Hotel Naguru where winners will take as much as Shs 1m. They are also organizing a tour of the country dubbed ‘Around Uganda in 30 days.’

Kagingo on her part told reporters that “Breathtaking Uganda domestic tourism campaign would also target CEOs and encourage them to travel and explore their country during holidays.”

She also said, “beyond the trips, the initiative will develop and curate content on the attractions as well as historical sites around the country which will be shared online as a strategy to preserve these stories while at the same time attracting visitors.”

The maiden excursion is set to happen on June 1 to 3 in Bwindi forest national park which is a habitat for over half of the world’s mountain gorilla population. 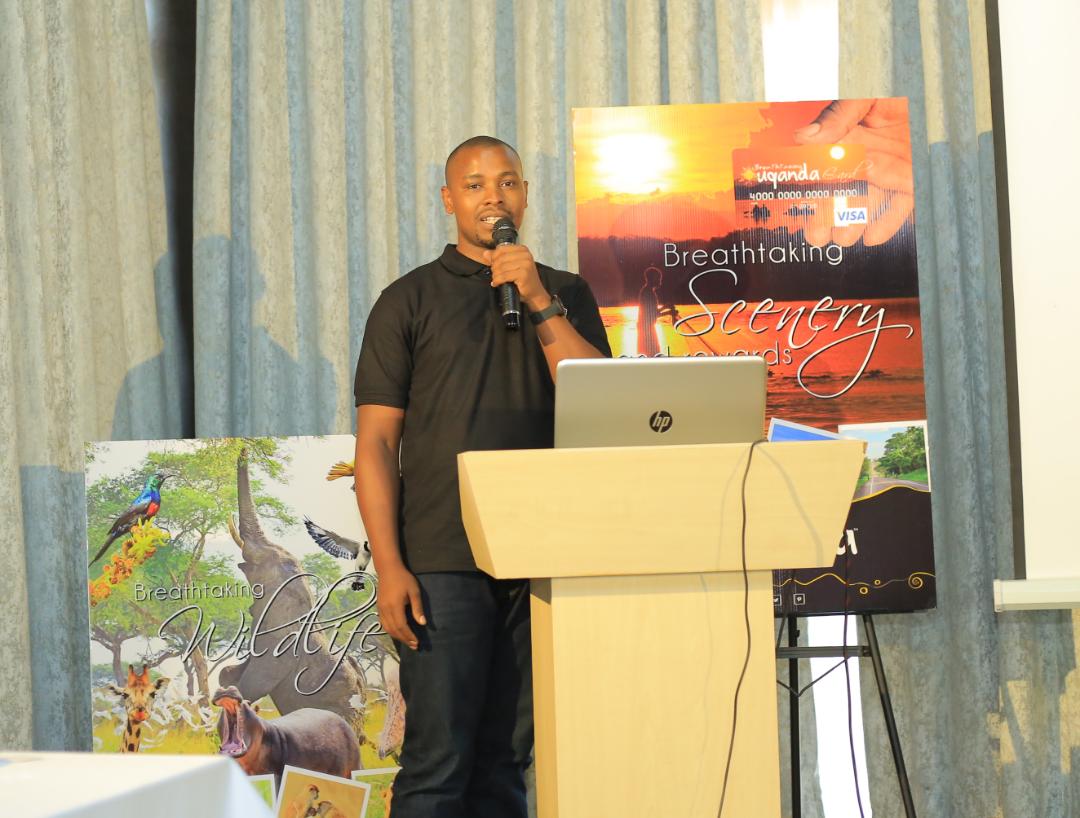 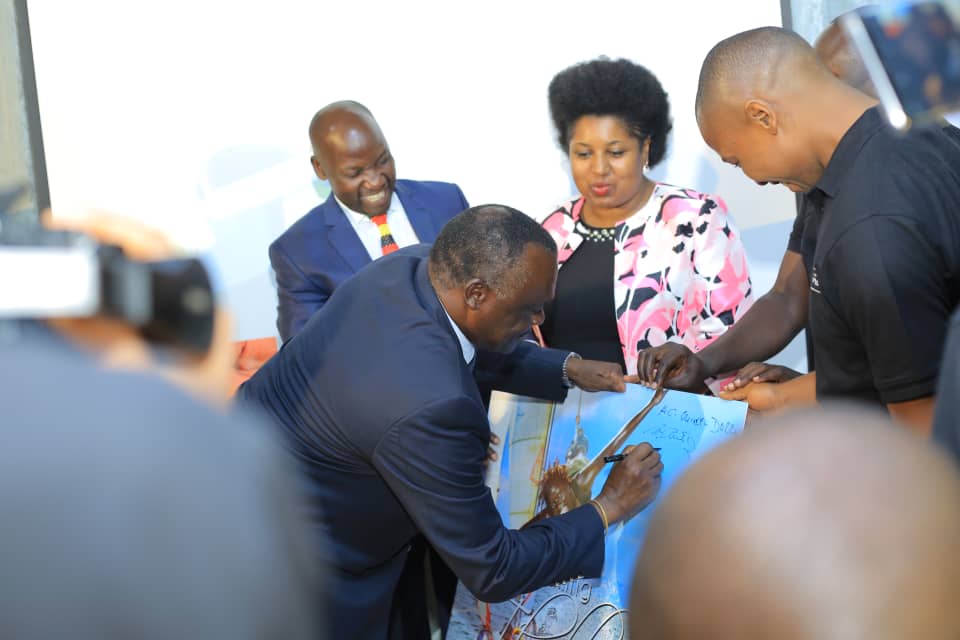 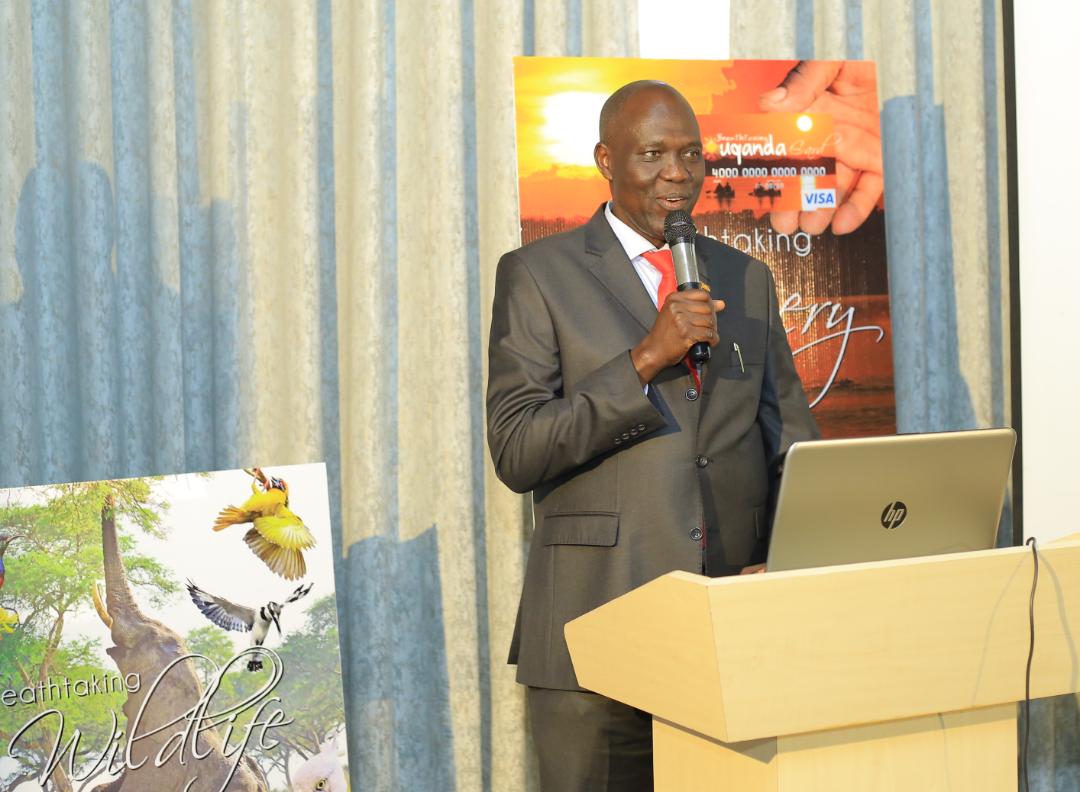 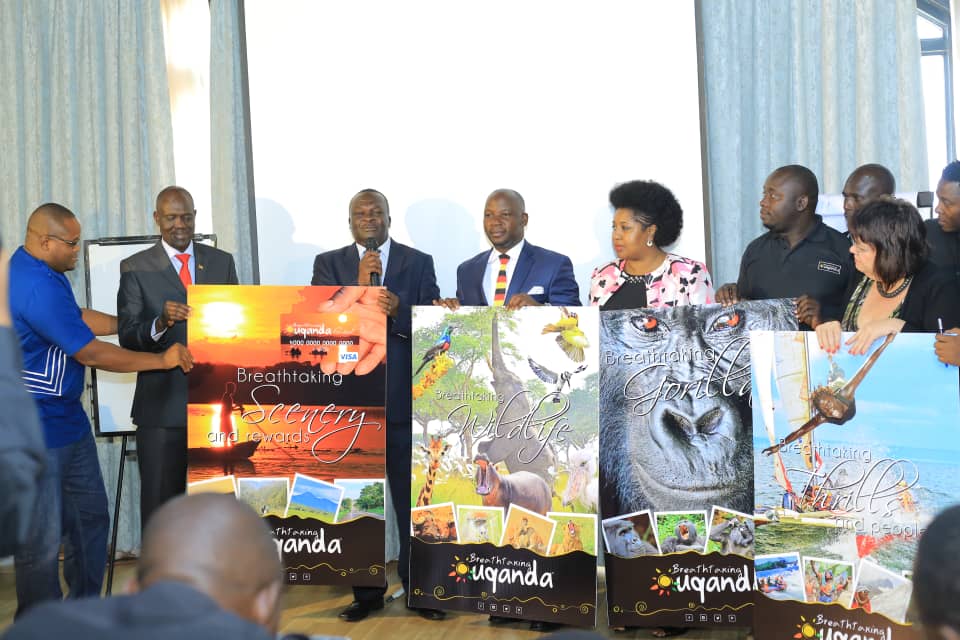 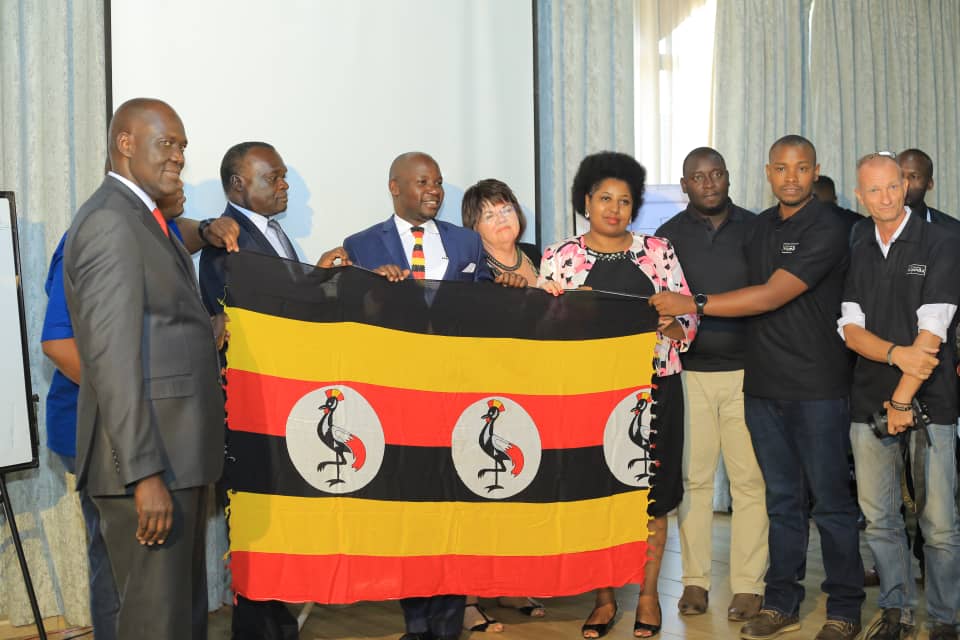 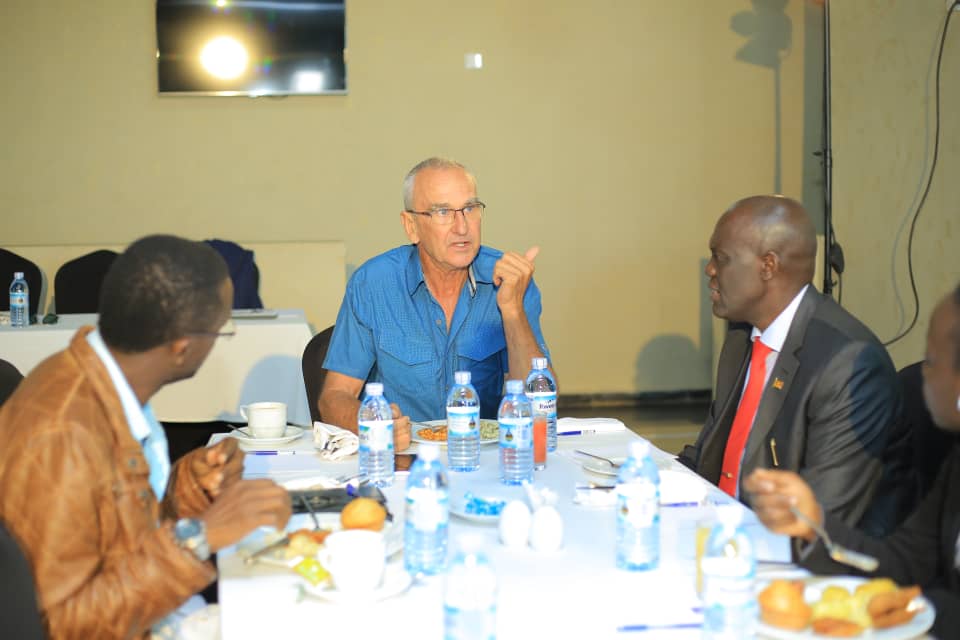 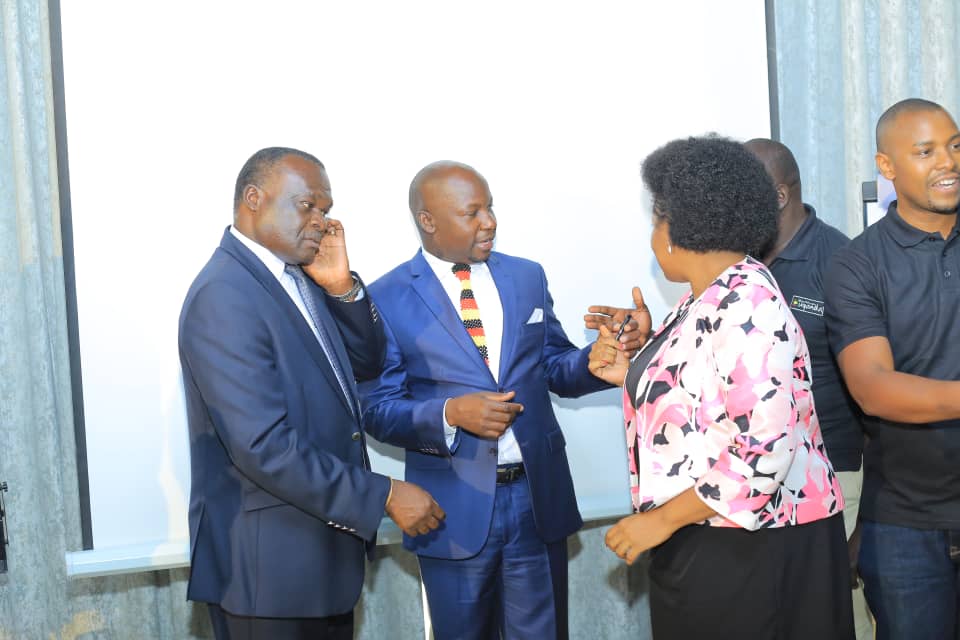 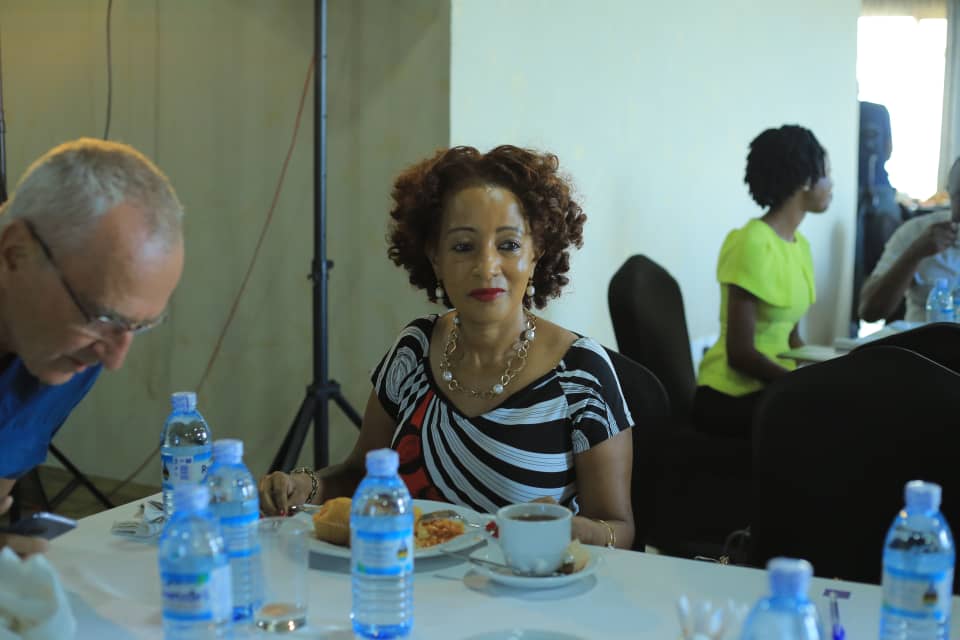 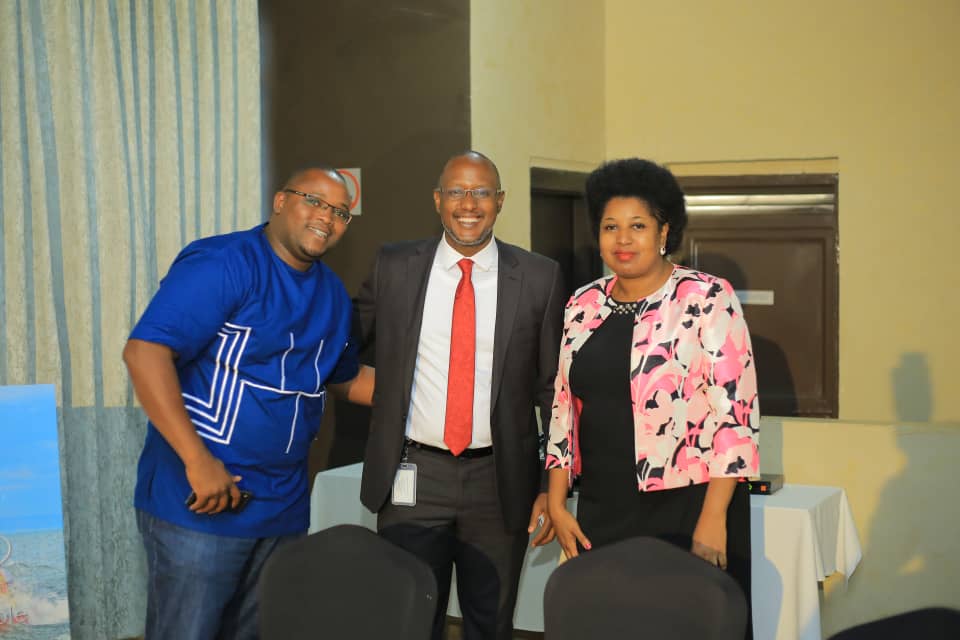 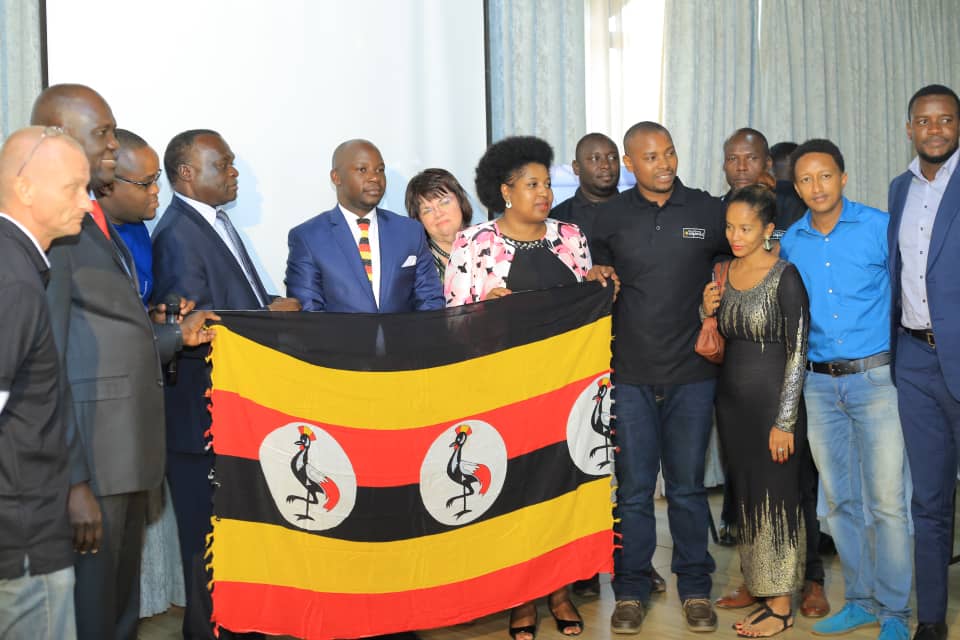 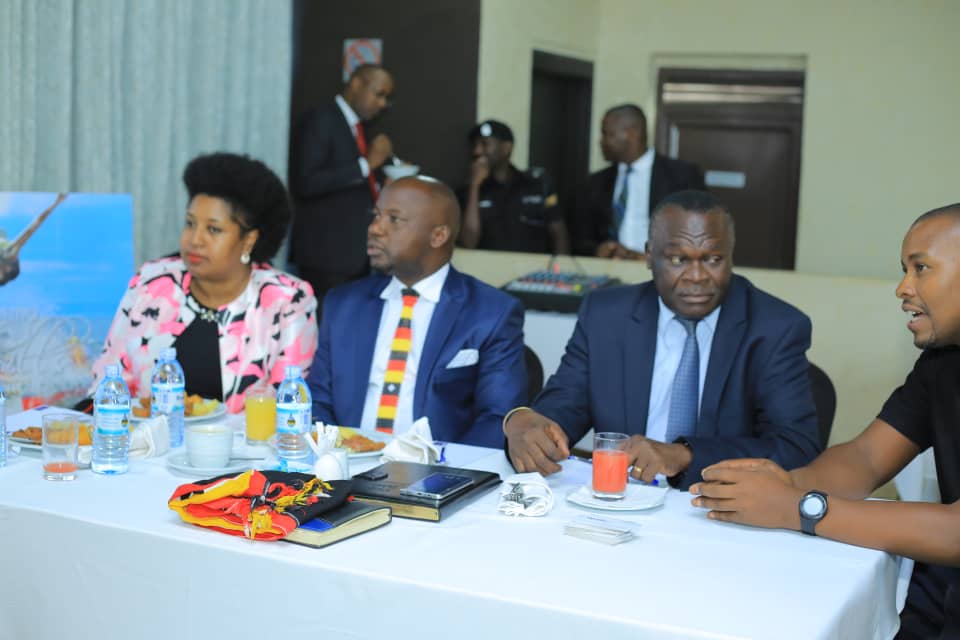 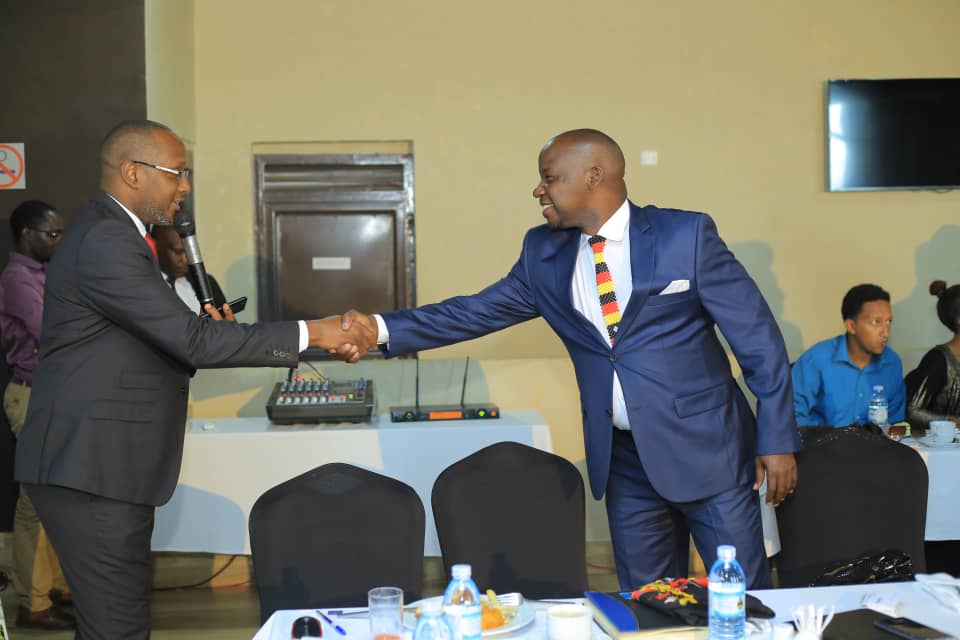 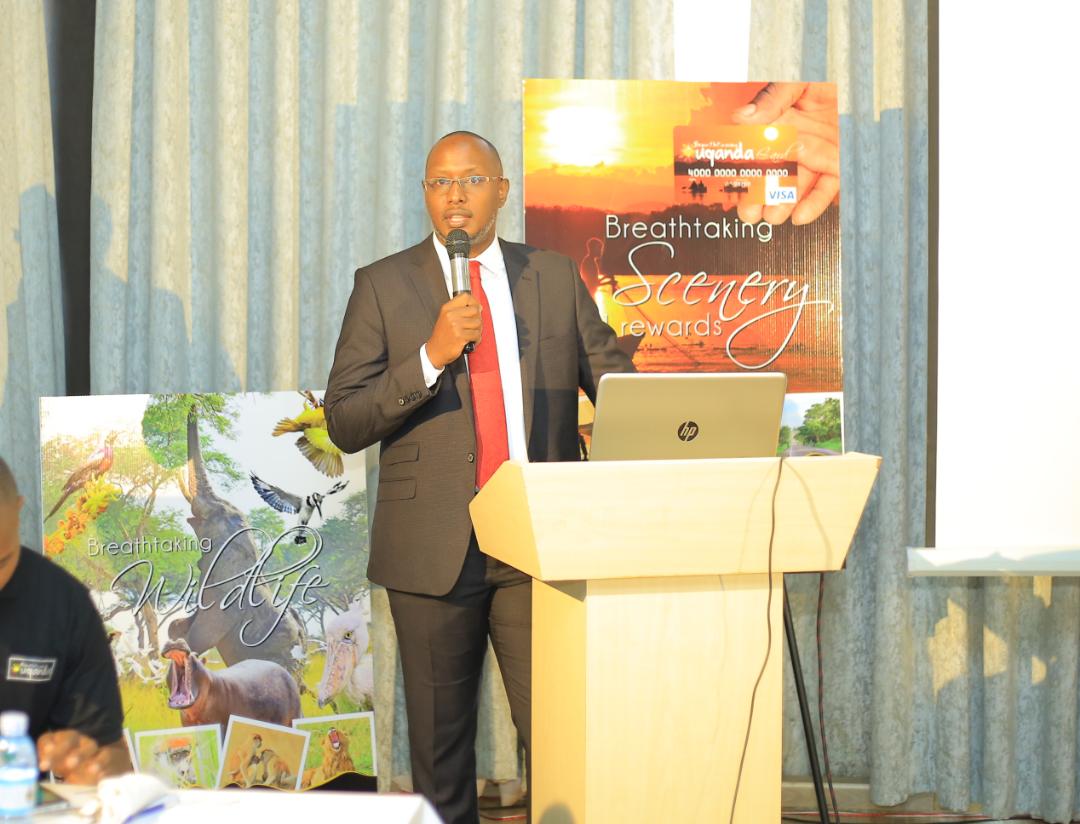 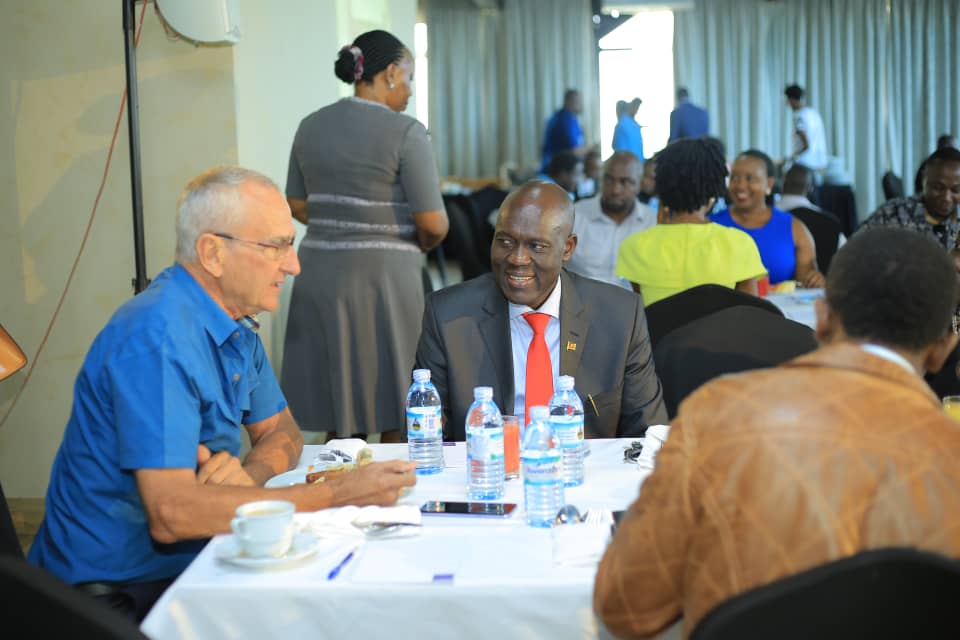 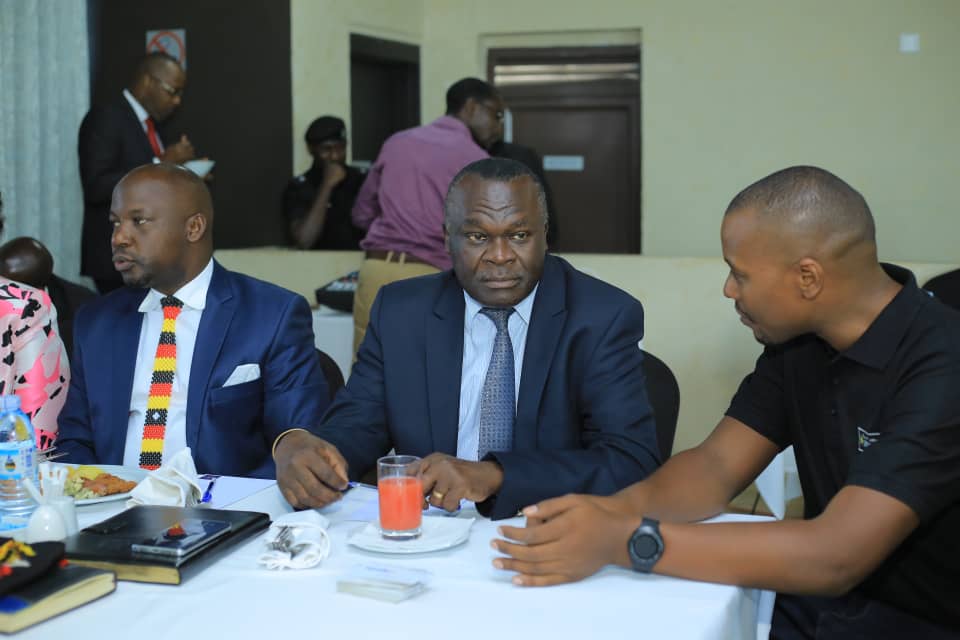 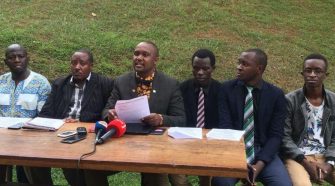