The Uganda Cranes coach, Sébastien Desabre is optimistic the team will secure a win against Namibia in their second Group B game in CHAN championship going on in Morocco.

Cranes lost 3-1 to Zambia on January 14 having displayed a good game in the first half with Derrick Nsibambi scoring a spectacular goal and coach Desabre believes the same play should be upheld in today’s match.

“I will ask my players to give me the football played in the first half against Zambia. That first half football must be played in the remaining two games of the group,” Desabre said in a press conference after training on Tuesday evening.

Cranes will not have KCCA FC striker Muhammed Shaban who sustained an injury during training on Tuesday, but Desabre says his offensive philosophy will see Uganda triumph against Namibia on Thursday evening.

“I believe in offensive football and that’s my philosophy. For us to win, we must be offensive again against Namibia but remain compact at the back,” he added.

Namibia won their opening match against Ivory Coast on January 14, with a late goal scored in the added time.

On the own goal scored by goalkeeper Benjamin Ochan, teammate Saddam Juma says the players have confidence in him.

“We have confidence in him because he is a good goalkeeper. We win and lose as a team”, he said.

Uganda sits at the bottom of Group B with Zambia and Namibia on top of the group with 3 points. Ivory Coast is in third position.

Uganda which has never missed participating in this tourney, will play its last group game on January 22 against Ivory Coast to determine whether it will vamp out of the group stages for the first time in its CHAN history. 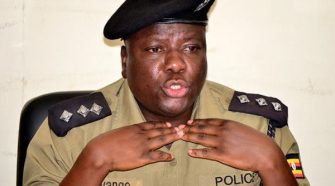