In a show of support to the national football team, Cranes, President Yoweri Museveni has asked the players to stay away from alcohol and smoking, as well as to remain in good shape if their football career is to be sustained.

The President was speaking on Monday to the national team and other Federation of Uganda Football Federation (FUFA) officials, he had invited to State House to congratulate them upon defeating Cape Verde and qualifying for 2019 AFCON in Cameroon.

“From my footballing experience, I know that the following ingredients are important for the game; stamina, skill and teamwork. Stamina is critical because you do a lot of running. You must eat well, exercise and avoid alcohol, smoking and womanising,” noted the President.

“Training is very important. Africans are very strong naturally. If you train well, you can dominate the sports world. The potential exists, what is critical is harnessing it through training,” he added.

The FUFA President, Eng. Moses Magogo told the President that one of the problems football is faced with today is the inadequate sports facilities in the country which hinders the progress of the game.

In response, Museveni pledged to repair the existing facilities as well as building new stadiums, but cautioned the stakeholders in the sports sector over reported corruption cases.

“With the government having made progress on roads, dams, and other infrastructure, we shall soon start work on building and repair of old stadia. I hear there is some corruption in the sports sector and I have asked the Minister to deal with it. Most support, however, should be given to trainers and players,” said the President.

Although Cranes on Saturday beat Cape Verde 1-0 in Kampala and sealed a spot at the final tournament in Cameroon next year with a game at hand against Tanzania, the President says, the boys should go on and win it.

“Even if the Cranes have already qualified, I know that they still have a game to play against Tanzania. Please make sure you do not lose that game,” he said.

Museveni has severally supported the Cranes with money and transport for matches away from home. In preparation for the Lesotho game in Maseru, the President gave the team Shs 200m and a chartered fly to the South African nation.

Uganda qualified for the second consecutive time for the AFCON tournament after decades, and are the only team in Africa who have not conceded any goal in these qualifiers. 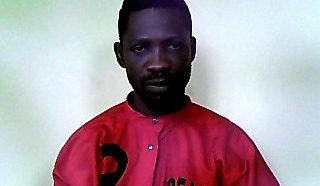