The development resulted from the talks held today between the two heads of state in Luanda Angola in a third Quadripartite Summit aimed at normalizing relations between the two countries which have been frosty since February last year.

The meeting which was facilitated by Democratic Republic of Congo (DRC) President Félix Tshisekedi and Angola’s President João Lourenço who also invited and hosted his counterparts, follows the two Quadripartite Summits held in the same country in July and August last year.

During the meeting, the two Principals exchanged views on strengthening their political, diplomatic, economic and cultural relations, according to the joint communiqué released after the talks on Sunday. They pledged to continue to prioritize the permanent dialogue between the two countries for the development and well-being of the peoples.

President Kagame would later reveal that the move had nothing to do with construction works but was political. Kigali has since accused Uganda of among other things illegally incarcerating and deporting her citizens. The country blocked their nationals from crossing to Uganda including school going individuals.

In today’s Summit which “took place in the climate of fraternity and perfect understanding”, the leaders agreed to release national citizens of each country duly identified and included in the lists exchanged for purposes of restoring normalcy.

It has also be agreed that both parties must refrain from all factors that may create a perception of supporting, financing, training and infiltration of destabilising forces in their neighbour’s territory.

Also, the two leaders agreed to continue protecting and respecting human rights of the national citizens of each other’s country.

After signing the Luanda Memorandum of Understanding in August last year, the first meeting of the joint Ad-hoc committee was held in Kigali in September and the second held in Kampala in December. The two follow up meetings didn’t make any headways with the two parties failed to reach an agreement. They did not issue a joint communiqué but instead referred the matter to their respective Heads of State.

Today in Luanda, Presidents Kagame and Museveni pledged to continue with the activities of Ad-hoc Commission, as a mechanism for monitoring the implementation of the process to resolve the standoff.

As such, another Quadripartite Summit has been scheduled to take place in Katuna (Gatuna) in the common border between Uganda and Rwanda on February 21, this year.

Uganda has since February been open and cooperative to any efforts aimed at resolving the existing tensions including recently withdrawing all charges against 9 Rwandans who were undergoing prosecution in the army court.

Uganda’s Foreign Affairs minister, Sam Kutesa said while announcing the withdrawal that the decision was a gesture of goodwill on the part of Uganda and hoped that authorities in Rwanda would “reciprocate” it.

“I wish to reiterate Uganda’s commitment to the full normalisation of relations between the two countries and to further assure that outstanding issues and concerns will be addressed in an open and transparent manner,” noted Kutesa.

However, Rwanda’s security have in the recent months been shooting dead or injure a number of unarmed Ugandans for allegedly violating Rwandan laws among these are Byarushanga Job and Tuhirirwe Bosco who were shot dead in the beginning of November last year on suspicion of smuggling tobacco into Rwanda.

The most recent victim is Ndagizemana Teo Jean, 25, son to Ngarambe David residents of Kabingo village, Kyahasi parish, Murorore subcounty, Kisoro district who was shot dead last month together with his two Rwandan cousins. Rwanda’s police claimed they were smuggling clothes into Rwanda. 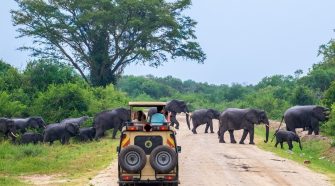