Tanzanian music star, Diamond Platnumz has confirmed he will be performing in Kampala next week.

Diamond who has become not just a music sensation in East Africa but also on the entire continent will be hosted at the weekly comedy show, Comedy Store in Lugogo as headlining act.

Comedy Store host, Alex Muhangi announced this during the most recent episode of the show. Now, the ‘Tetema’ singer has released a video confirming he’s booked for the Kampala do on July 25, at Comedy Store.

Over the weekend, he had posted on his Instagram an itinerary of his scheduled music tour which begins with shows in Muleba and Tabora in Tanzania on July 19 and 21 respectively.

His next stop will be Kampala, then Mwanza, Bujumbura, Madagascar, Dodoma, New York, Minesota and Kigali before he heads to London.

“Yo! Kampala Uganda, they call me Diamond Platnum. Chibu D, Chibu Dee. Just to tell you that Thursday 25th July I will be performing live on Comedy Store in Uganda, with Alex Muhangi,” the bongo flava recording artist and dancer says in the video teaser posted by Comedy Store Uganda on Tuesday.

According to Alex Muhangi, picking Diamond is part of the show’s effort to venture out of the ordinary and showcase a variety of entertainers from the continent. Last month, Nigerian comedian, Klint Da Drunk headlined on Comedy Store.

SoftPower News understands that Kenya’s award winning funnyman, Eric Omondi is also lined up for the July 25 do along with a host of other local comics.

Diamond, 29, has had several hit songs including ‘Number One’ on which he featured Nigerian artist Davido and others like Tetema, Iyena, The One, Marry You, Salome and I Miss You.

Many love him for his charming voice, his often love-inspired lyrics but also his perfectly choreographed music videos.

He last performed in Kampala in 2017 when he headlined at a concert ahead of the Kampala City Festival organized by the Kampala Capital City Authority (KCCA) at Kololo Independence Grounds.

The music star was formerly in a love affair with South African based Ugandan socialite, Zari Hassan, and together, they have two children.

Diamond has won numerous awards and is considered influential among his fans, and is said to be the most loved and decorated East and Central African artist at the moment. He became the first African artist to accumulate as many as 2 million subscribers on his YouTube channel. 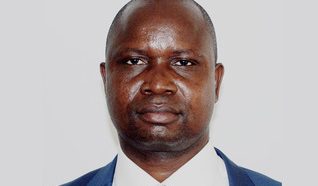 Chris Obore Pushed Out of Office Despite Court Injunction