Police has cautioned parents against constantly revealing personal information on their social media platforms which could endanger their families.

The warning was particularly tied to instances where parents divulge a lot of information about their children on online platforms which are likely to be used by strangers to harm them.

The Spokesperson of Police AIGP Asan Kasingye was briefing the media on Monday alluding to an incident in which police rescued two children who had been kidnapped from school by elements who claimed to be their parents.

Kasingye said that the kidnappers who were intercepted and apprehended are likely to have sourced information on the two children including their names and where they go to school from social media.

“Please save your family from social media. People will pick those pictures you post and keep saving them. Some of those pictures reveal your children’s uniform which makes it easy to trace their school,” he said.

“I have seen people who update Facebook from the moment their children wake up, to when they bathe them, take them to school, birthdays and other details. These seem to be simple things but they are dangerous,” Kasingye said.

In equal measure, the police spokesperson warned school authorities that have neglected their duty to safeguard pupils from strangers that pose harm. He urged schools to have measures in place that allow for verification in circumstances when someone who is not known to be a parent comes to pick a pupil.

“Someone can’t just pop up and take a child without school authorities calling the actual parent to crosscheck. That is laxity that should not be encouraged,” he said.

He proposed penalties such as fines to parents who dont take responsibility when it comes to picking up their children from school on time. 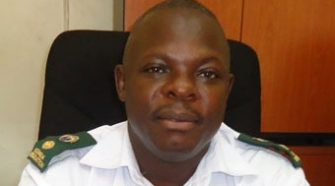