Opposition Democratic Party (DP) has launched an election strategy dubbed ‘One-to-One’ that is intended to see the party under the new political bloc take over government in the coming general elections.

The new model that is aimed at fielding a single opposition candidate at all elective positions in the country against the ruling NRM candidates, was launched at the party headquarters in Kampala on Tuesday.

Addressing the media during the launch, People’s Development Party (PDP), Dr Abed Bwanika appreciated Ugandans for embracing the new DP bloc adding that a unified front is what Ugandans desire and that is what the new political grouping is about.

“Many have talked about unity but we have decided that we have talked enough. Work must begin to put together the building blocks of the united front,” the former Presidential candidate said.

Bwanika said that last year, the DP National Executive Committee commissioned a research to determine the positioning and the potential of the key organizations among the democracy seeking forces.

The team also examined and studied changing trends in the political allegiance of voters particularly from May 2018 when the DP Reunion Caravan was launched.

Bwanika explained that according to the findings, different political parties were found to have different strengths in different regions and sub-regions in the country.

“We call this strategy the One-to-One Strategy. One candidate from the Special Purpose Vehicles (SPV) facing the NRM at all levels up to the Presidency. We expect that this novel idea which has worked elsewhere to oust dictatorships will be debated soberly and without prejudice,” Bwanika said.

“From our research, DP is a dominant party in Buganda region, Acholi sub-region, Busoga and Sebei. We don’t want to see several parties presenting candidates in these regions. These areas should be left o DP,” he added.

Bwanika observed that as a party, they have also found out that the Forum for Democratic Change (FDC) is stronger in the areas of Kigezi, Bunyoro, Ankore, Toro and Bugisu. In these areas, he said, DP will rally its supporters to back the FDC candidates.

“We have candidates in those areas but we don’t want to cause confusion among voters,” Bwanika said.

“We are also aware that the Alliance for National Transformation (ANT) under Gen Mugisha Muntu is a strong party in the Rwenzori region and as DP block, we don’t want to present candidates there”.

Similarly, parts of Lango, Karamoja, North East Teso are strongholds of Uganda Peoples Congress (UPC) and as such, DP will support the UPC candidates fronted there, Bwanika said.

He noted that this is done with efforts to galvanize opposition strength and use the meager resources in opposition as well as deploying the terms effectively so as to deliver the long awaited change. 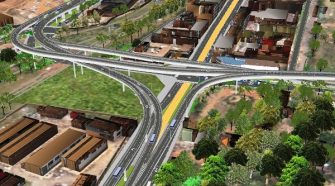