Opposition Democratic Party (DP) has threatened to mobilize a nationwide demonstration campaign against what they call exorbitant taxes that came to effect on July 1, 2018.

This was revealed by the party President, Norbert Mao while addressing the party’s weekly press conference on Tuesday.

Mao said that in the course of this week, the party together with other political party leaders will announce programs aimed at opposing the tax.

“These programs will include; petitions, street protests, public education rallies and demonstrations. Ugandans must rise up and resist these taxes,” Mao said.

The DP leader said that the party strongly condemns the ‘tax and steal’ agenda of the NRM which is a clear indication that the sitting government cares less about its citizens.

He revealed a number of taxes that are a burden to Ugandans which should be fought and these include; the 1% levy on mobile money, withholding tax on sports betting win, 10% on commissions by telecom companies to mobile money and airtime agents, 12% excise duty on telecom services, the increase of excise duty on bank charges from 10% to 15%, the increase of stamp duty from Shs10, 000 to Shs15,000 and the compression tax on SACCOs.

“We condemn the Shs 200 daily charge for accessing OTT services. Most Ugandans are just waiting if we reach elections, people are going to vote out NRM because of the daily OTT tax”.

Mao said that these taxes will force Ugandans to go back to the old ways of transferring money from one person to another directly.

“UCC says they will block the Virtual Private Networks (VPNs). If China with all its technical and financial muscles can not block them, can Uganda block them? VPNs are created every day,” Mao said. 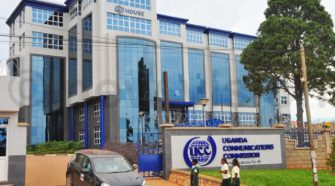