Democratic Party (DP) is set to file a court application for a writ of habeas corpus seeking an order for the immediate release of one of their members and youth leader in Kasese District, Briens Robert Rukumbuka.

Rukumbuka, a former deputy national youth leader of the Democratic Party was arrested in August by unknown men in Kampala and later transferred to a CMI detention facility in Mbuya.

“DP has visited its member Rukumbuka who has been detained by the Chieftaincy of Military Intelligence (CMI) for three months now. He was unlawfully arrested and held incommunicado in CMI and has been held without being tried or charged, a matter that is against the law,” said DP Publicity Secretary, Kenneth Paul Kakande during a news conference on Tuesday.

Kakande said that the party members visited CMI but received a very bad reception from the CMI director who didn’t allow them any time to hold a discussion with their colleague.

DP’s Publicity Secretary said that they were only told that they are holding Rukumbuka on a capital offence which they never mentioned.

Recently, while addressing the media at Sheraton Hotel, the DP party president, Norbert Mao said that they were told by officials in CMI that Rukumbuka is being held on orders from their counterparts in the neighboring Democratic Republic of Congo (DRC).

Reports have it that Rukumbuka who is said to have a duo citizenship was involved in rebel activities in DRC.

However, Mao refuted all the allegations noting that Rukumbuka has for long been an active member of the opposition DP and a royal member of the Rwenzururu Kingdom.

“We condemn the manner in which security agencies are abusing the laws of the Constitution of our country. No single person or agency is above the law. We are warning the perpetrators and government that we shall not let this matter to lie low,” noted Kakande.

“We have already instructed our lawyers to file for a writ of habeas corpus to ask Court to force CMI produce the body of Rukumbuka dead or alive.”

A ‘habeas corpus’ as known in the legal practice is a court writ requiring a person under arrest to be brought before a judge or into court, especially to secure the person’s release unless lawful grounds are shown for their detention.

Kakande told reporters that the party shall after file a case against the Attorney General for acts committed by CMI as well as taking legal actions against the individuals for their actions.

He said: ” We call on government and President Museveni to understand that Uganda is not a rug. Under a constitution dispensation, we must subject ourselves under the law and no one is above the law”.

“We shall pursue those who think they are not under the law, it doesn’t matter when,” he added. 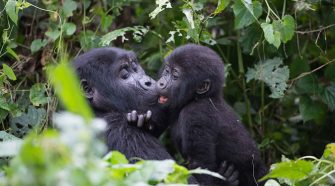