Democratic Party (DP) is pushing for the withdrawal of Busia District Returning Officer, Sam Agaba from presiding over the forthcoming by-elecyions for the LC5 Chairperson over incompetence.

DP Party President Norbert Mao while addressing the press on Tuesday accused Agaba of messing up the 2016 general elections which led to the irregular nomination and election of former LC5 Chairperson, Ouma Adea.

“We repeat our call for the removal of the Busia Returning Officer. We are still demanding that Agaba be removed from Busia for incompetence and also misleading the Electoral Commission,” said Norbert Mao.

Ouma’s election into office was challenged before the Mbale High Court and later at the Court of Appeal.

The Court of Appeal threw Ouma out of office on grounds that he was unfit to hold public office having been convicted of corruption 6 years ago.

Mao said that their candidate, Deogratius Njoki is set to win the by-elections but that for that to happen, Agaba must be withdrawn from his position so as to create a leveled ground for all candidates.

The Electoral Commission has already issued a roadmap for the by-elections and polling for elections of District Chairperson and other lower Local Government councils shall take place on Wednesday, November 28, 2018, at all polling stations in Busia district. 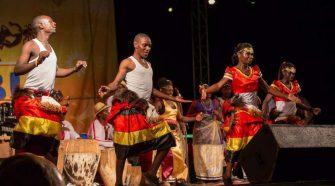