The Office of the Directorate of Public Prosecution (ODPP) has come out to own the letter that was published in the media on Monday to the effect that the DPP intends to drop murder charges against the State Minister of ICT, Aidah Nantaba.

The Public Relations Officer in the ODPP, Jane Okuo Kajuga in a press statement issued on Tuesday confirmed that the letter is indeed authentic and is authored within the exercise of the DPP’s constitutional mandate though it was circulated prematurely.

“The lawful procedure therefore involves formal proceedings before the trial court highlighting reasons for the withdrawal and seeking court’s consent. The Office of the DPP intends to follow this procedure to the letter,” Okuo said.

She further clarified that the ODPP had previously instituted criminal charges in respect of the same murder case where one person has been charged and this case is ongoing in court.

Nantaba has been under investigation after the murder of Ronald Ssebulime who was gunned down after the Minister made reports to Police that she was allegedly being trailed with a plan to murder her.

The Police has since admitted that Ssebulime was wrongfully killed by their officers.

Nantaba was summoned to appear before Police as well as Mukono Court but she has snubbed all summons.

According to the court summons signed by the Mukono chief magistrate, Juliet Hatanga, Nantaba was wanted together with police constables, Ronald Opilo, Ronald Baganza and Edward Cherotich.

Hatanga had ordered the suspects to appear before court on July 15 but Nantaba and the co-accused didn’t appear. 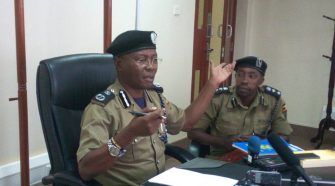