BENI – The electoral Commission in Democratic Republic of Congo (DR Congo) on Wednesday announced again the postponement of election for months in areas affected by Ebola and militia attacks in the east of the country and many worry the decision could raise tensions and prompt significant protests.

The poll was to be held last Sunday but was delayed by a week, electoral officials saying the postponement was due to militia violence, an ongoing Ebola outbreak and a fire that destroyed voting material at an election commission warehouse in the capital, Kinshasa.

“We don’t accept any further delay and these tricks must stop,” Martin Fayulu, opposition presidential candidate told this website by phone.

The election in Beni and Butembo in North Kivu province, and Yumbi in Mai-Ndombe province, will be in March 2019, the commission’s statement issued on Wednesday said.

Lawmakers from eastern DR Congo had earlier told this Website that militia attacks and Ebola outbreak would disrupt this Sunday’s elections, as the battle to succeed President Joseph Kabila continues.

The election gives the central African nation an opportunity to its first peaceful and democratic transition of power since independence in 1960.

Observers say holding elections was going to particularly be difficult in the town of Beni in North Kivu province which is the epicenter of both Congo’s most deadly Ebola outbreak having killed more than 300 people and surging violence perpetrated by armed groups.

Most attacks have been attributed to the Allied Democratic Front, a Ugandan Islamist group that’s been active in DR Congo for more than two decades.

Gregoire Kiro, an opposition lawmaker representing the town of Beni, said the national military and UN force isn’t capable of providing an end to.the conflict in the region.

Jaribu Muliwavyo, another Beni lawmaker, said the ongoing chaos will mean many people will miss the chance to vote. 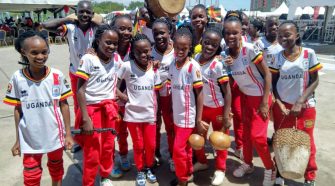