His legal team said, if the International Criminal Court awards the damages, part of it would go toward paying compensation for war victims.

Responding to Bemba’s request for compensation, the ICC spokesman said the filing in the Bemba case would be considered by the judges.

Last year, Bemba was acquitted of war crimes on appeal but had not been cleared on a separate lesser charge of witness tampering during his trial.

Subsequently, the International Criminal Court sentenced Bemba for bribing witnesses during his war crimes’ trial in The Hague.

This ruling also meant that Jean-Pierre Bemba could not run for president in the presidential elections of December last year.

However, his jail term was reduced to zero due to time of ten years already served in prison.

Bemba, a former rebel leader and vice president, spent the last 10 years in prison in The Hague over war crimes offenses. 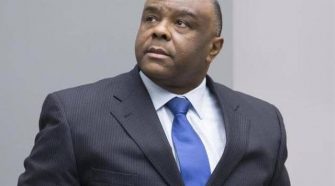