Tshisekedi named the little-known member of Kabila’s political alliance and former director-general of the state railway company after five months of negotiations.

Ilunga’s appointment comes after Tshisekedi who was declared the winner of last December 30 election said would work with Kabila’s alliance to form a new government.

Early this year, Tshisekedi and Kabila’s alliance issued a joint statement confirming “their common will to govern together as part of a coalition government” with Kabila’s Common Front for Congo coalition holding 342 of the 485 seats in parliament.

Fayulu has castigated Tshisekedi, accusing him of conniving with Kabila to steal his victory in the December election. Fayulu has since urged Congolese people to stage uprisings and force Tshisekedi and Kabila out of power.

On Monday, a Congolese popular opposition politician and former governor of the mineral-rich Katanga region Moise Katumbi who was barred from running for presidential polls returned to the country after living in exile for the last three years.

Katumbi, who is 54, was welcomed by tens of thousands of his supporters in Lubumbashi, the country’s second largest city and his support base.

Katumbi owns Mazembe, one of Africa’s biggest football clubs, and is a member of Lamuka political alliance together with Fayulu.

Shortly after his arrival, Katumbi’s spokesman Olivier Kamitatu said Fayulu and Katumbi will work together to “redirect the country.” 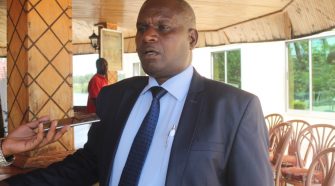