GOMA – Democratic Republic of Congo (DR Congo) new President, Felix Tshisekedi has ordered the release of three prominent political prisoners including other 700 prisoners, a gesture welcomed by many Congolese and human rights groups.

During his inauguration, President Tshisekedi called on Congolese abroad to return to DR Congo and build the country together.

After he sworn-in as the new president earlier this year, human rights groups and opposition politicians urged Tshisekedi to pardon political prisoners detained by the outgoing president Joseph Kabila.

Among prominent political prisoners released include Franck Diongo, Diomi Ndongala and Firmin Yangambi – who were arrested on various charges, including insurrection.

Congolese Chief of Staff to the president Vital Kamerhe, broke the news to the nation on Wednesday night.

Many opposition politicians and activists were arrested in 2016 during a protest after Kabila’s legal mandate ran out and Congolese took to the street urging him to step down.

Human Rights Watch has accused Congolese police of summarily executing many people, some of whom were mutilated and strangled in a crackdown on gangs in the capital Kinshasa last year.

In the latest report, the US-based rights group says security forces killed at least 27 young men and boys and forcibly taken 7 others during an anti-crime campaign between May and September 2018.

The human rights groups have urged DR Congo’s new administration to put an end to human rights abuses and work to ensure that those responsible for these horrific crimes are investigated and prosecuted.

President Tshisekedi’s release of prisoners has been welcomed by many in DR Congo as a positive step. 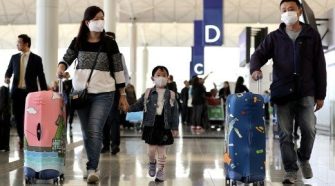