GOMA – Africa’s oldest national park in the Democratic Republic of Congo (DR Congo) has reopened to tourists after it closed its gates to visitors in 2018 following the death of a ranger and the abduction of two British tourists by rebels.

Virunga national park is home to a world-famous population of mountain gorillas but the Park has often been ravaged by war and political conflict in eastern DR Congo.

It’s considered to be one of the world’s most dangerous conservation areas, with statistics indicating that over 180 park rangers have been killed by rebels, poachers or smugglers in the last two decades.

Last April, six rangers died in an ambush and this loss of life was the worst in a single incident in the park’s history.

Before the Park was closed to visitors last June, Emmanuel de Merode, the Belgian aristocrat who is director of the park, said the decision had been taken reluctantly to close Virunga to tourists until the end of the year to allow a thorough review of security precautions and reinforcement of the 700 rangers deployed to keep animals and visitors safe.

“Dear colleagues, we are very pleased to inform you that Virunga National Park is resuming tourism for 2019,” the Park’s management said in an emailed statement on Saturday about the good news of Virunga National Park opening to tourists on February 15 – the first time since it was closed in June 2018.

Now as the park reopens, management has promised to do “things a little differently – offering a set of packages which give visitors the opportunity to experience the Park’s most popular offerings, including Nyiragongo and mountain gorilla treks,” Park authorities said.

“In addition to the change in booking options, transport to, from, and inside the Park will be carried out exclusively by Virunga National Park and is included in package rates.”

The closure of the park was triggered by the death of a ranger and the abduction of two British tourists by Congolese militia.

In May last year, Mai Mai –a local militia group attacked a vehicle that had been carrying tourists from the city of Goma, about 30 miles from the park headquarters, to their accommodation.

A park ranger, Rachel Makissa Baraka, 25, was shot dead, a Congolese driver was wounded and the two British tourists, Robert Jesty and Bethan Davies, were held by militia overnight.

Virunga is located in DR Congo’s North Kivu province, and covers nearly 8,000 square miles. It also has hundreds of other rare species. Virunga national park was founded in 1925 by Belgian colonial authorities. 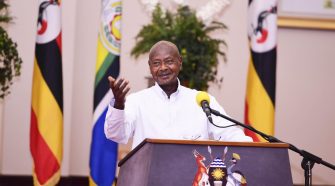