President Museveni announced the appointment through a tweet on Sunday.

I have also appointed Dr Michael Atingi-Ego as the new Deputy Governor, Bank of Uganda. I have forwarded his name to Parliament for vetting.

Atingi-Ego previously served as the Executive Director, Research before he took up an assignment with the International Monetary Fund (IMF) as Deputy Director of the African Department (AFR) in 2008.

He has been the Executive Director of the Macroeconomic and Financial Management Institute of Eastern and Southern Africa (MEFMI) since 2018.

The seasoned economic policy official obtained his first degree from Makerere University and later proceeded for post graduate studies in the United Kingdom where he got a master’s degree from the Cardiff Business School, University of Wales and a PhD from Liverpool University.

He started his career at the Bank of Uganda rising through the ranks.

As Deputy Director in the IMF- AFR, Atingi-Ego made seminal contributions to IMF work on increasing effectiveness of capacity development and in modernising monetary policy frameworks in developing countries.

He also championed efforts to achieve improved macro-economic statistics in the SSA region and in advancing better and more consistent data management practices across the IMF.

In addition, he provided strategic guidance to many IMF country teams in the region on program and surveillance work.

While at the Bank of Uganda, Michael published and consulted extensively on macroeconomic and financial, and statistical issues. 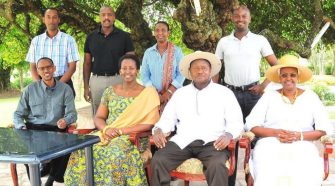