Ugandan youths were left in awe on Friday morning when award winning Tanzanian singer, Diamond Platinumz made a surprise appearance in downtown Kampala. The singer was visiting the Nakivubo Settlement Primary School which is among the government aided schools that require refurbishment.

Diamond arrived in Uganda at 2am on Friday to headline a music concert later Friday whose proceeds will go towards improving the state of 79 schools in Kampala.

Downtown dwellers, most of them youths upon noticing the singer quickly poured into the Nakivubo Settlement Primary School compound to catch a close glimpse at the celebrity. Many of the youth were seen taking pictures of him while some were surprised by the singer’s calm composure.

At the school, Diamond was guided around the classes by authorities and KCCA Executive Director, Jennifer Musisi to get a better appreciation of the poor conditions in which pupils are learning. The school still has asbestos iron sheets which require replacement.

He spared a moment to speak to the youngsters encouraging them to take school seriously.

Before leaving, chanting youths demanded that Diamond gives them a capella. However, they only got waves from him.

Earlier, a popular street kid ‘Razorblade’ who is an aspiring musician stole a bit of Diamond’s attention while he spat rap lines. Diamond smiled off.

While the visit was brief, those who were lucky to have been in the proximity will have a story to tell. 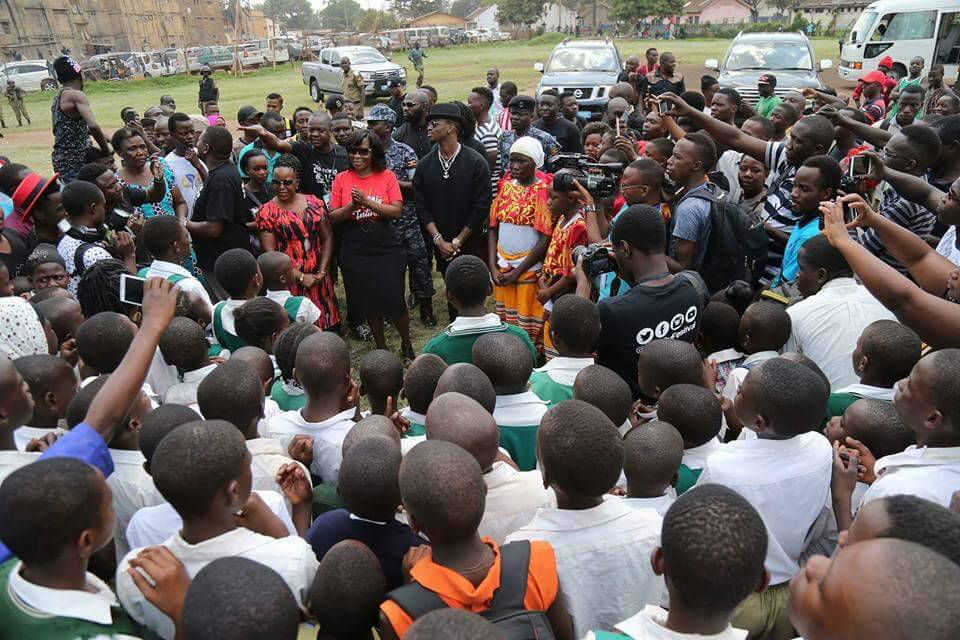 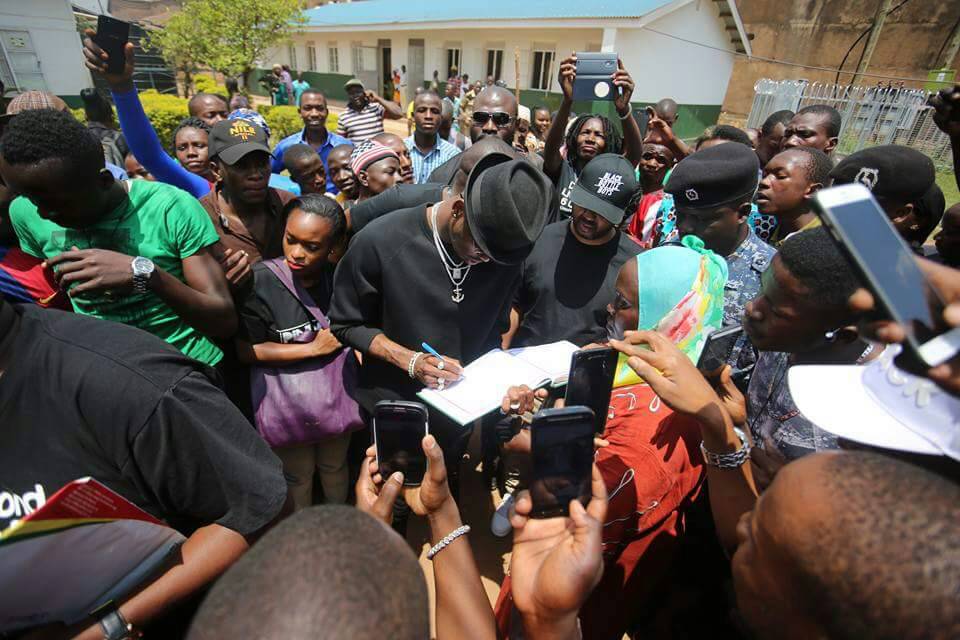 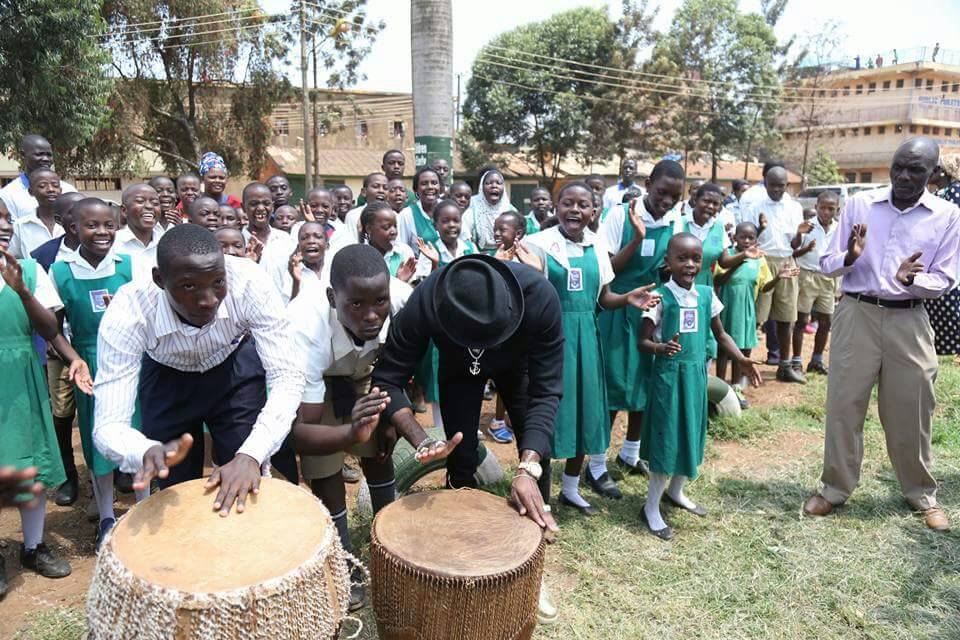 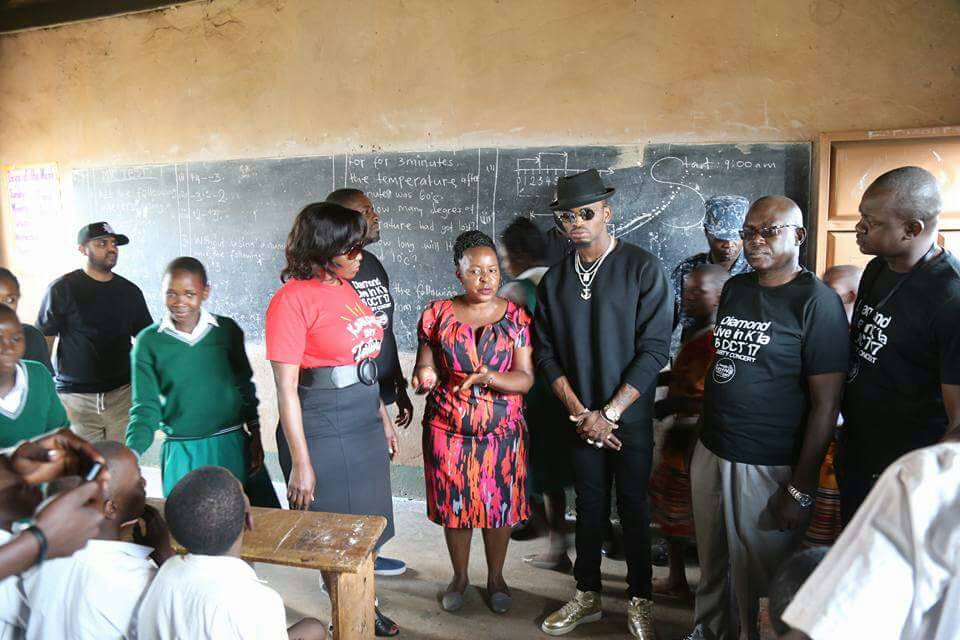 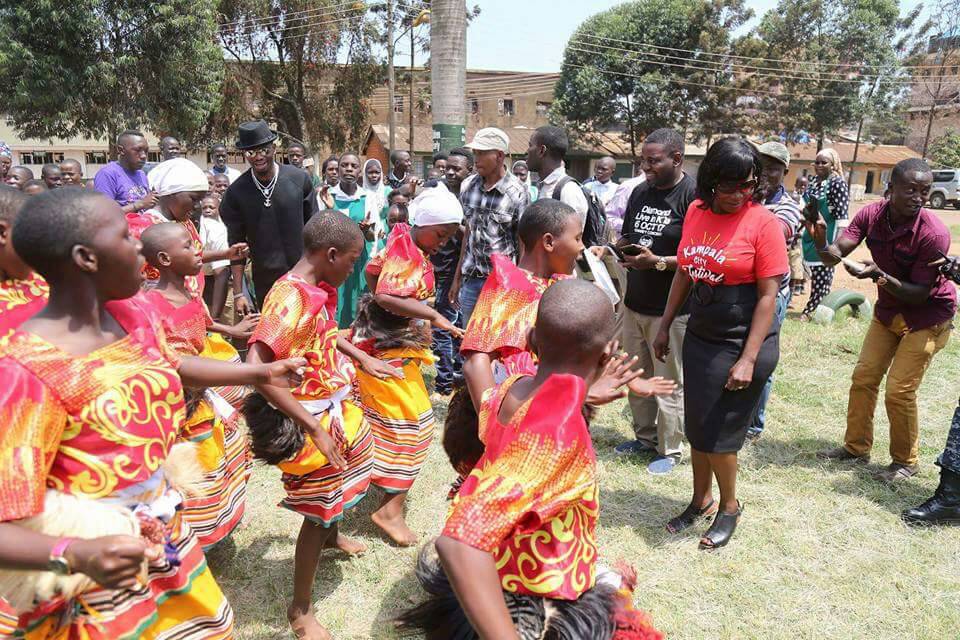 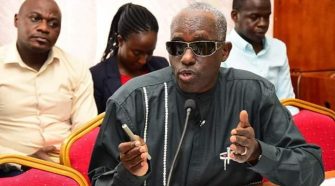