The Constitutional court in the Democratic Republic of Congo (DRC) has upheld opposition candidate Felix Tshisekedi as the legitimate winner of the December 30 Presidential election, confirming what the electoral commission announced recently.

Tshisekedi was declared the winner of the election by the Electoral Commission in its provisional results some few weeks ago.

The results by the electoral commission gave Tshisekedi 38.5% of the vote and his closest challenger, Martin Fayulu with 34.7%.

However, Fayulu, an opposition candidate rejected the results by the electoral body citing fraud. He also alleged that Tshisekedi had connived the incumbent President, Joseph Kabila to “rig” the election in his (Tshisekedi) favour. Fayulu then filed an appeal in court challenging the result.

In its ruling, the Constitutional court said Fayulu had failed to prove that the election commission had announced false results.

He is now expected to be sworn in within 10 days.

In his reaction to the ruling, Fayulu accused the court of siding with Kabila’s “dictatorial regime”.

He has asked the international community to reject the results.

“I ask the entire international community not to recognise a power that has neither legitimacy nor legal standing to represent the Congolese people”.

On his part, Tshisekedi said; “It is Congo that won. It is not the victory of one camp against another. I am engaged in a campaign to reconcile all Congolese”.

“The Congo that we are going to form will not be a Congo of division, hatred or tribalism. It will be a reconciled Congo, a strong Congo that will be focused on development, peace and security”.

Last week, a section of African leaders under the African Union and regional blocs met in Ethiopia over the disputed election in DRC and asked that Congo delays the declaration of final results citing “serious doubts” in the provisional results.

A delegation led by AU Chairman, President Paul Kagame is due to visit DRC to engage the different stakeholders with the hope of finding a solution to the impasse. 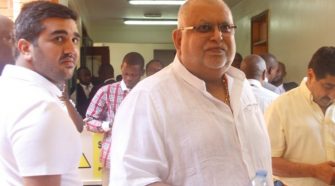