GOMA – Six opposition politicians in the Democratic Republic of Congo (DR Congo) will front a single presidential candidate in the December presidential election in a bid to defeat the ruling party candidate Emmanuel Ramazani Shadary.

DR Congo’s ruling party picked former minister Shadary, who is on EU sanctions blacklist this month to succeed President Joseph Kabila who has been in power for 17 years. Presidential and parliamentary elections are scheduled to take place on December 23.

“There is a chance that members of the opposition can unite and I think there is a realization that the opposition will be strongest if they have a unity candidate to defeat one fronted by Kabila provided elections are free and fair,” Stephanie Wolters, an analyst on DR Congo based in South Africa said.

Twenty five candidates have registered to run in the Democratic Republic of Congo’s long-awaited elections. A statement signed by six opposition leaders said they are planning to designate a joint candidate around a common program.

Last Monday, the UN Security Council welcomed President Kabila’s decision to not seek re-election and said the polls must now lead to a peaceful transfer of power.

Leila Zerrougui, the UN Special Representative for DRC and head of the Stabilization Mission, MONUSCO, has said while major progress has been made on preparations for the upcoming elections in DR Congo, “conditions for a level playing field are not yet in place.”

“While significant progress has been made to respect the stages of the calendar process, the electoral process continues to suffer from suspicion and mistrust between the majority and the opposition, and, between the opposition and the Independent National Electoral Commission (CENI),” Zerrougui said. 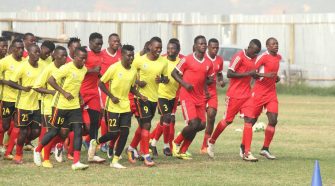