GOMA – Women in Eastern Democratic Republic of Congo (DRC) claim they are being forced to have sex in return for Ebola vaccination as death toll from the deadly virus that struck the Central African nation last August reaches more than a record of 500.

Jaribu Muliwavyo, a lawmaker from Beni in North Kivu said the allegations were shocking and urged health authorities to investigate the matter.

On Saturday, health officials said more than 500 people had died from the latest outbreak of Ebola, though the vaccination programme had also prevented thousands more deaths.

In a statement from the Health Ministry on Saturday, there have been 502 deaths so far and 271 people cured.

The claims by women were raised on Saturday as officials who monitor Ebola in North Kivu province and Ituri gathered for a national taskforce meeting in the city of Beni.

The outbreak started last August in the North Kivu region, which borders Rwanda and Uganda.

The biggest challenges to control the virus include high mobility of the population and frequent rebel attacks.
Most attacks have been attributed to the Allied Democratic Front (ADF), a Ugandan Islamist group that’s been active in DR Congo for more than two decades.

Persistent intercommunal violence has blighted much of North Kivu, as well as the neighboring provinces of South Kivu and Ituri, long after a half-decade civil war ended in 2003 and more than a hundred militias currently operate in the region. 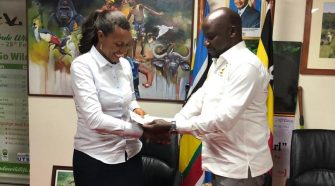