GOMA – Jean – Pierre Bemba, former Democratic Republic of Congo’s Vice President who was acquitted of war crimes and crimes against humanity by The Hague last month will return home next week to perticipate in the.coming presidential elections scheduled for December 23.

His party, the Movement for the Liberation of Congo, announced Bemba on Monday as nominated presidential candidate by his supporters this month. Bemba who will return on August 1 urged supporters in DR Congo’s capital Kinshasa to turn up to give him “warm and peaceful welcome.”

“We thank God for allowing the return of Jean – Pierre Bemba to his country of birth,” his party said in a statement. The government has said Bemba could apply for a diplomatic passport to facilitate his return.

A government source told this News Website that Bemba could eventually “work” with President Kabila to weaken opposition groups including Moise Katumbi, the most popular politician in Democratic Republic of Congo, according to 2016 polls.

Opposition members have called on President Joseph Kabila who has been in power since 2001, following the assassination of his father, to step down to avoid chaos and bloodshed.

Kabila, who is prevented by the constitution to run again has left many guessing whether he intends to run or step down.

Earlier, DRC’s information minister Lambert Mende told SoftPower News that the world would know whether Kabila will run again or not this month.

Bemba, 55-year old, had been sentenced to 18-years in prison by ICC for murder and rape committed by his rebel group in 2002 and 2003 in the neighboring Central African Republic.

But in 2016, the conviction was overturned by the same court. Bemba is still regarded by many in DR Congo as a big political actor who forced President Kabila into a second round in Presidential elections of 2006. 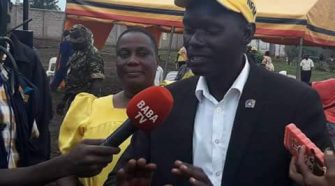