Driver Injured After Trailer Loaded with Cement Overturns in Rubanda

The trailer which overturned in Rubanda district destroying loads of cement.

A trailer carrying bags of cement has overturned in Rubanda district on Monday morning leaving the driver injured and a significant volume of cement destroyed.

The incident, according to Police in Kigezi occurred at 6am on Monday in Bubare along the Kabale – Kisoro road.

It involved a Mercedes-Benz Axor trailer Reg No UBC 560D/UBD 268A which was carrying cement from Tororo in Eastern Uganda to Bunagana in Kisoro district.

The Police spokesperson for Kigezi region, Elly Matte said that the accident resulted from the difficulty by the driver of the trailer to negotiate a corner. The trailer then swerved off the main road and fell into a roadside stream where it poured much of the cement.

At least 105 bags of cement are estimated to have been recovered while the rest of the load was soaked in the stream in which the trailer plunged. Police did not state how much load the trailer was carrying.

The driver of the ill-fated vehicle, identified as Turyamuhebwa Hussein was injured in the incident and rushed to Rugarama hospital in Kabale district for medical treatment.

The trailer was then towed off to Rubanda police station.

Bags of cement which were secured were later loaded onto another trailer under the supervision of URA Customs department for Bunagana. 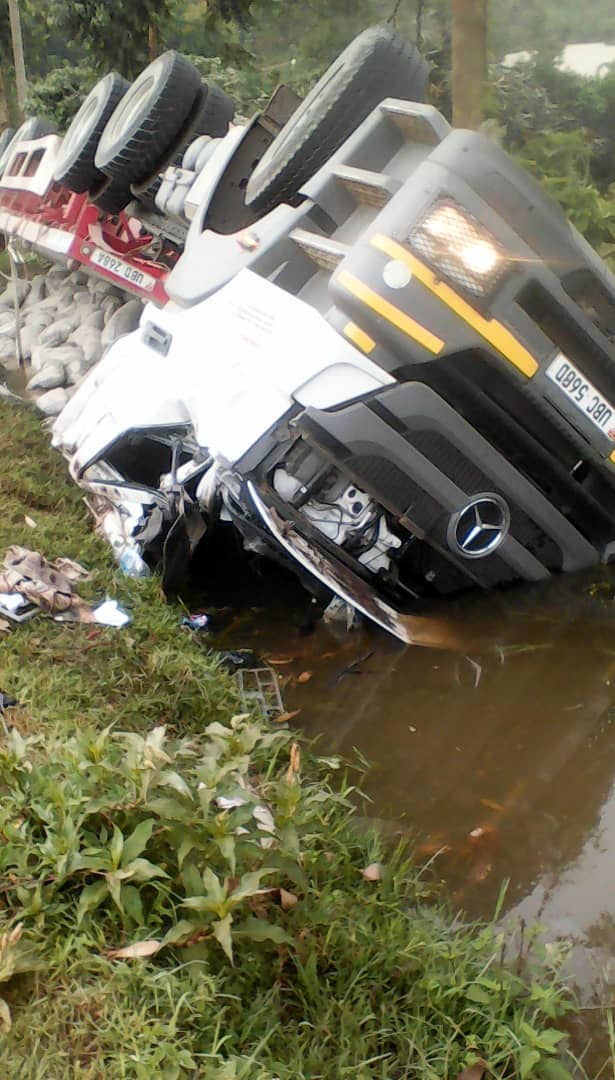 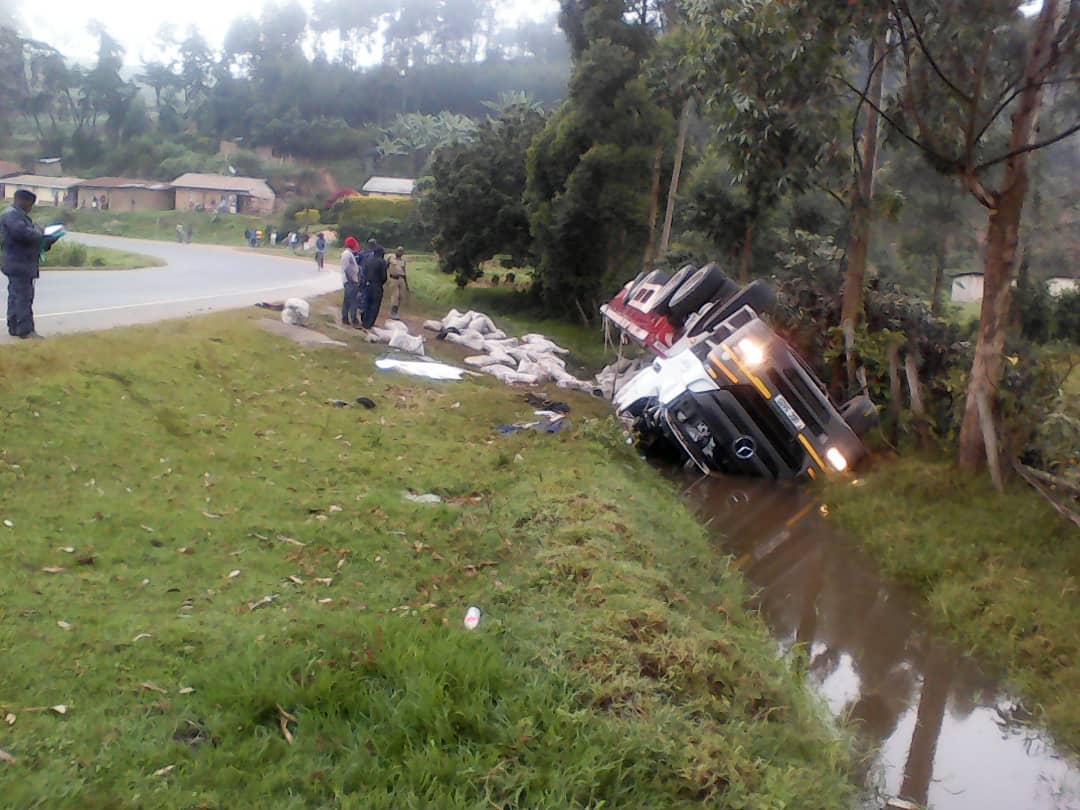 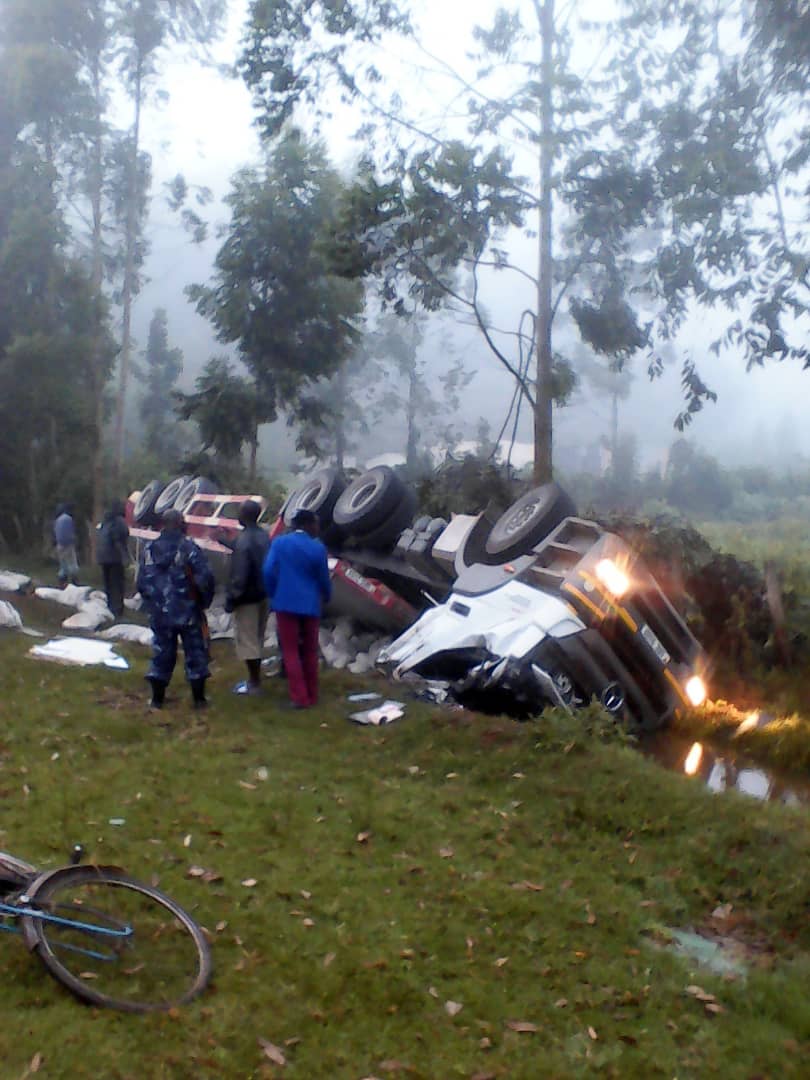