The National Drug Authority (NDA) has written to the Uganda National Bureau of Standards (UNBS) asking that the standards regulator takes action against Zambian Natural Energy product on Ugandan market which has been found to be adulterated.

In the letter written on December 28 last year by David Nahamya for the Secretary to the Authority, he revealed that NDA received a complaint from a consumer of Natural Power SX purported to be an energy drink manufactured by Revin Zambia Ltd.

“The complainant reportedly experienced a prolonged erection for nearly six hours and abnormal heart beat with constant sweating,” Nahamya said in the letter.

Nahamya said that following the complaint registered, NDA sampled the product with batch number E66c expiring on August 30, 2019 from Mega Standard Supermarket and subjected it to full monograph analysis using a method adopted from USP.

“The results obtained indicated that the product was adulterated with Sildenafil Citrate,” NDA revealed.

“This is therefore to share the findings of this analysis with UNBS for further management since NDA doesn’t regulate energy drinks,” he added.

NDA is mandated by law to ensure availability at all times of essential, efficacious and cost effective drugs to the entire population of Uganda.

The letter to UNBS is also copied to the Directorates of; Drug Assessment and Registration, Inspectorate and Inspection, Labaratoty Services and Product Safety. 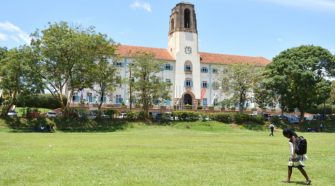