Multichoice Uganda has Monday launched a channel that will be dedicated to locally made entertainment content.

The ‘Pearl Magic’ channel will carry programs including music, reality shows, films as well as telenovelas. Viewers will find it on Channel on DSTV 161 and 304 on GOtv.

During the launch of the channel, the Marketing Manager for Multichoice Uganda, Albert Nga said he was very excited about the development which he said will showcase Ugandan talent.

“This channel will include everything that is Ugandan. It will showcase what we are made of and are able to produce,” Nga said.

Gerald Sserunjoji who heads the Association of Producers in Uganda said the industry has waited for several years for such a channel adding that the platform was welcome.

“This is something we have waited for for years. The industry applauds Multichoice for such an opportunity they have extended to us,” he said.

His sentiments were shared by renown actress and film producer, Mariam Ndagire who said that Ugandan made content has for long bee unrepresented on DSTV. She however appealed to her peers in the film making sector to rise above their colleagues in the East African region.

“There is no better way to promote Uganda than having our own culture portrayed on our own channel,” she said.

In addition to showcasing their work as well as riding on a platform that offers them continental viewership, film makers in Uganda will be paid for the content that will be carried on Pearl Magic channel. But Multichoice has set stringent standards below which films will not be aired, according to Tina Wamala, the Public Relations Officer for DSTV Uganda.

She said that an Mnet team from the Multichoice offices in South Africa recently pitched camp in Uganda and held workshops with the film makers on the technical requirements (sound, quality of production and picture, storyline) by the pay TV giant.

Some of the programs that will be featured on Pearl Magic include music shows; Beyond the Beat, The Code, Jechilli, TV series; Mistakes Girls Do, 5@Home, Love Makanika and reality show Jangu Tulye.

The launch event on Monday was attended by some of the most accomplished film makers and actors. Among them was Nana Kagga, Philip Luswata, Mathew Nabwiso, Eleanor Nabwiso, Sarah Ssentongo Kisawuzi, John Segawa among others.

One of the issues which was of concern to the film makers was the fact that the new channel will be showing Indian telenovelas which will be dubbed in the Luganda local language.

Actress, script writer and film producer, Nana Kagga expressed dissatisfaction with the possibility of foreign made telenovelas crowding the channel yet the industry has for years have struggled to reverse this trend.

“We have already had these soaps on our TV stations for over 10 years. We need to change our people’s mindsets. When we put our hearts into making this content because we don’t make money, the last thing we expect is to come to Pearl Magic and see an Indian soap,” Kagga said.

Similarly, Jayant Maru, another film maker with Mahj Production said that pushing foreign made telenovelas will be repatriate money out of Uganda which in impact undermines the promotion of local content.

But in response to the concern, Multichoice’s Nga said: “Nothing is cast in stone here. It is evolving, so bring the content and we shall schedule and load it in. We had to start from somewhere and we shall continue to push Ugandan content”.

However, some analysts who are conversant with the film trends on the African continent maintain that compared to say Kenya, the issue of quality and consistency in Ugandan films is still below par especially for TV platforms like DSTV. Part of the problem is the low financial investment in the industry, particularly production. 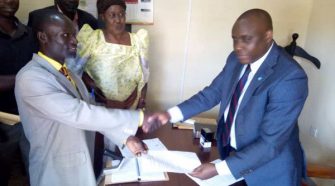