Rwanda has for the third time postponed the 21st Ordinary meeting of the Summit of East African Community (EAC) Heads of State, this time due to the ongoing global pandemic of coronavirus disease 2019 (COVID-19).

The meeting had earlier been scheduled for Arusha Tanzania on November 30, 2019 but postponed to February 29, 2020 on the request of Tanzania, by Rwanda which has the mandate to schedule the date and oversee the summit sitting, since the country’s President is current Chairperson of the regional bloc’s top most organ, The Summit.

However, on February 21, Rwanda called it off again reportedly on the request of South Sudan, one of the partner states, to allow them complete the process of forming a new Transitional Government of National Unity (ToGONU) with the opposition groups. It would then be rescheduled for March 16 this year. In all the postponements, the 41st Extra-Ordinary Meeting of the EAC Council of Ministers was also affected.

Now, this news website has established that Rwanda wants the March 16 EAC Summit not to take place. In a letter to the EAC Secretary General Liberat Mfumukeko by Rwanda’s Minister of Foreign Affairs, Vincent Biruta, says Rwanda’s request for the postponement and suspension of EAC meetings is influenced by a number of measures taken by partner states regarding the prevention of the outbreak of the coronavirus disease, which he said will impact on the quorum required for EAC meetings.

The virus was first reported in Wuhan, Hubei, China, in December 2019. On March 11, 2020, the World Health Organization declared the outbreak a pandemic. As of March 12, 2020, over 134,000 cases had been confirmed in more than 120 countries and territories, with major outbreaks in mainland China, Italy , South Korea and Iran. Around 5,000 people, with about 3,200 from China, have died from the disease and more than 69,000 have recovered.

“Travel restrictions have been taken by all countries across the world, including EAC Partner States. Some, including from our Community, have postponed or suspended International Conferences that they expected to host. The government of Rwanda also took measure to limit internal or International travels by its officials. All these measures will certainly impact on the quorum required for the EAC Summit meetings,” writes Biruta.

Decision making by the EAC is by consensus with quorum bring constituted by the presence of all the six member states, absence of a partner state means that there is no quorum for the Summit meeting.

As such, he requested for the postponement of the 21st EAC Summit until further notice, to hold all scheduled meetings by Videoconferencing where possible as well as postponing and suspending of all other meetings and activities that require large gatherings.

Meanwhile, Kenya, one of the EAC partner states on Friday confirmed the first case of Coronavirus. The patient is a 27 year-old Kenyan who travelled from the US via London. The country has since Kenya has suspended all travel outside the country unless necessary. 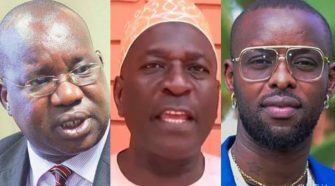