As the East African Community (EAC) marks 20 years since its revival, the East African Business Council (EABC) and the Private Sector Foundation of Uganda (PSFU) have expressed worry that the current tensions between some member countries is affecting the realization of a fruitful integration.

This year, the regional bloc is celebrating 20 years since its revival. The commemorative activities are themed “People-centered, Private sector-led”.

Stakeholders will use the series of events to reflect on the journey of integration and what remains to be done.

Addressing the media at PSFU offices in Kampala on Tuesday, EABC Director, Stuart Mwesigwa said the EAC is one of Africa’s fastest-growing regional blocs that registered an economic growth of 5.7 percent as recorded in 2018 and is enjoying a market of 170 million people.

He said that while there have been many milestones achieved among the member states, the establishment of Single Customs Territory and One-Stop Border Posts (OSBP) which have eased the free movement of persons and goods, there are still several challenges that have to be addressed.

“These challenges include; the Non-Tariff Barriers, Protectionist tendencies by nations, delay in harmonization and domestication of EAC agreed decisions and directives,” Mwesigwa said.

As such, the EABC has organized the High-Level Business and Investment Summit in Arusha Tanzania that will discuss and address some of the prevailing challenges hindering businesses to thrive.

“We look forward to engaging with the Heads of State in this summit so as to come up with solutions that will increase intra-EAC trade, investments and industrializations as well as position the EAC in light of the African Continental Free Trade Area (AfCTA),” Mwesigwa said.

PSFU Executive Director, Gideon Badagawa expressed concern that East Africans can nolonger trade freely due to a number of tensions within the region which must be dealt with to allow smooth flow of business.

“Business all over is built on partnerships. You can not engage a wider market like European and AfCTA if we cannot engage the markets close to us,” Badagawa said.

The PSFU boss noted that EAC from inception has been defined as people- centred and private sector-led meaning that integration can only be achieved when people are integrated.

“No wonder, even after the customs union 2005, after the Common Market Protocol in 2010, we have taken another 10 years before we even realize the monitory union and haven’t talked about the common currency,” Badagawa said.

He added that in such a scenario, it is far-fetched for one to think of political federation.

“By way of principle, we must eliminate all Non-Tariff Barrier to trade, business and investment across the borders that stop business from moving smoothly.”

In July, Uganda Revenue Authority (URA) reported that the closure of the main border of Uganda and Katuna at the end of February this year, had resulted into a drop in exports for both countries.

According to the Commissioner for Customs at URA, Dicksons Kateshumbwa, the closure of the border had negative implications on the cross border trade.

He told a news conference on Monday that prior to the closure, the border at Katuna in Mable district handled at least 4,800 trucks and small cars in a month but this number fell to 700 after the route was closed by Rwandan authorities.

The border at Mirama hills in Ntungamo district which was gazetted as the alternative route used to handle about 600 trucks on a monthly basis. The volume grew to 1,800.

Kateshumbwa said that by July, Uganda’s exports to Rwanda had fallen by 23 percent in the period since March while imports from Rwanda to Uganda have equally fallen by 27 percent. 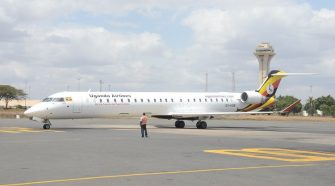