The Secretariat of the East African Community (EAC) is appealing to member States to step up surveillance on border points following reports of an outbreak of the Rift Valley Fever in some countries in the region.

At least 26 people in two north-eastern counties in Kenya are suspected of having contracted Rift Valley Fever (RVF). Other cases were reported in Rwanda and South Sudan.

By 16 June 2018 seven of these cases were confirmed and six of the people had died according to the World Health Organization (WHO).

The appeal to EAC countries follows resolutions made in the 11th meeting of the Sectoral Council on Agriculture and Food Security (SCAFS) that concluded on June 15 in Arusha, Tanzania.

The meeting directed the EAC Secretariat to urgently convene a meeting of the Technical Working Group on Transboundary Animal and Zoonotic Diseases (TADs) to address the issue of Rift Valley Fever outbreak.

“The East African Community (EAC) Secretariat is closely monitoring the outbreaks and is urging the Partner States that are not yet affected by RVF to step up surveillance to detect any spread of the disease to their territories at an early stage and to inform the public about the risk and about preventive measures,” read a statement released by the EAC Secretariat on Friday.

The affected areas in Kenya include the counties of Wajir and Tana River on the border to Somalia and in Rwanda the districts of Kayonza, Kirehe and Ngoma. The dirstrict of Kirehe borders Burundi, Tanzania and Uganda causing a risk for the cross-border spread of RVF.

In Kenya and Rwanda, according to the statement, surveillance has been increased and measures put in place to stop the disease from spreading further.

“These measures include cost-free vaccination, restrictions in the movement of animals, bans on slaughtering animals for public consumption and trade bans as well as awareness raising campaigns among the public and especially among herders and small holders”.

The EAC Secretariat also urged owners of livestock, people working with wildlife and citizens in the region to be alert and comply with precautionary measures.

These measures include contacting the veterinary services authorities; practicing hand hygiene when handling sick animals or their tissues or when slaughtering animals; desiring from consuming fresh blood, raw milk or animal tissue and products without thoroughly roasting them.

RVF is a virus disease that is transmitted by infected mosquitos. This year’s heavy rainfall has resulted in widespread flooding in low-lying grasslands.

Flooding and standing water enabled a higher number of mosquito eggs than usual to hatch and thus increased the potential for RVF to spread among people and animals.

The RVF virus is endemic in the EAC region and has caused repeated outbreaks in the past. It affects primarily ruminant livestock, such as cattle, sheep, goats and camels, and also wildlife, such as buffalos. In these animals it causes abortions and deaths and significant economic loss.

The RVF virus can also affect humans. Most infections are mild, but some people fall severely ill and even die with symptoms such as fever, weakness and bleeding from gums and mouth.

The majority of human infections result from direct or indirect contact with the blood, body fluids, or tissues of infected animals.

This can happen during slaughtering or butchering, while assisting with animal births, treating the animals and from contact with disposed carcasses or foetuses. 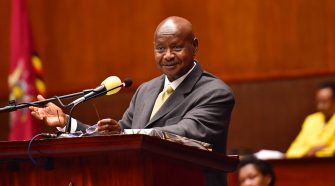