Group picture after the launch of the Tanzanian Trade portal.

Four of the six East African Community countries now have fully operational Trade Information Portals ( TIPs )following the launch of another by the Republic of Tanzania. 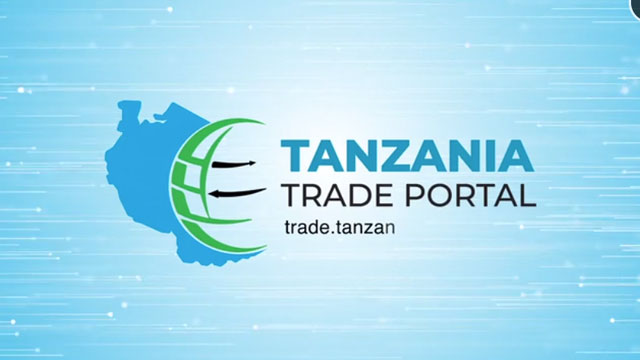 Uganda, Kenya and Rwanda already have operational portals, while the Burundi TIP is still under development and is expected to be launched on July 23rd. The South Sudan Trade Information portal will be developed later.

The move by Tanzania further shows the country’s renewed interest in regional integration and trade since Samia Suluhu Hassan took over the presidency of the country three months ago.

It is expected to boost intra-regional trade in East Africa as well as the region’s share of international trade. The TIPs map out all Imports, Exports and Transit Procedures, fees and time, which helps importers, exporters and transporters to operate under clear, certain and predictable business environments.

The next step after mapping is to simply remove unnecessary and redundant bottlenecks.

The TIP was launched during the Saba Saba International Trade Fair held in Dar es Salaam, by Zanzibar’s Minister for Trade and Industry Development, Said Omar Shabani. He stressed the importance of the Trade Information Portal and how it can help traders to get right and accurate information on how to export, import and transit goods.

“The private sector, especially Micro, Small and Medium Enterprises can now exploit the opportunity availed to them by the TIP to grow their businesses by tapping into new markets,” he said.

Some EAC countries have all been repeatedly accused of violating the treaty especially regarding trade and movement of persons, by imposing undue and abrupt non-tariff barriers, as well as illegal tariffs.

Rwanda has for two years closed its borders to trade in Uganda. However, much needed goods in transit destined for Rwanda from the Kenyan Mombasa port go through Uganda unhindered. Rwanda’s move has greatly affected Ugandan manufacturers who had a big market in Rwanda.
For almost half of the two decades that the revived EAC has existed, Tanzania has kept away from regional initiatives such as the single tourist visa, the One-Network Area and the signing of the EAC-European trade agreement EPA.

In his remarks, EAC Secretary General Peter Mathuki hailed the United Republic of Tanzania for her efforts to facilitate trade. “The newly launched TIP will have a positive impact on intra-EAC trade and international Trade,” he said.

The Director of Policy, Research. Advocacy and Lobbying at the Tanzania Private Sector Foundation, Andrew Mahiga, said that the TIP would make trade more transparent and pledged that the TPSG membership shall make use of the portal to increase intra-regional and international trade.

“We encourage the Private Sector and other Trade researchers to visit and suggest simplification to the National Trade Facilitation Committees.” The EAC Trade information Portals are accessible through https://tradehelpdesk.eac.int/