President Yoweri Museveni and the World Health Organization (WHO) Director General, Dr Tedros Adhanom Ghebreyesus have held discussions on the response to the Ebola outbreak in Kasese, Uganda.

The President met Dr Tedros at State House Entebbe on Monday and the two held talks on a range of issues.

“The public should stay vigilant and observe guidelines issued by health officials,” wrote the President on Monday.

“Dr Tedros also assured me that the vaccine administered to those who had come in contact with the victims has a 97.8% success rate, which should help to contain the situation further,” added the President.

“I also agree with him about stepping up our primary health sensitisation drives across the country,” he added.

Dr Tedros lauded President Museveni for the strong political support and consistent sensitization of the population on Ebola as one of Uganda’s strong pillars in response to the outbreak and contributes an enormous impact to the country.

The WHO Director General as well commended Uganda’s preparedness to handle Ebola outbreaks.

He noted that Uganda’s preparedness is good and does not warrant any worry because Uganda has invested in strong and sustainable resilient systems.

He informed the President that the insecurity in the affected areas in DR Congo is hampering progress in controlling the outbreak. To this, Museveni committed to support the efforts by WHO in the DR Congo and also reach out to the leaders.

The President spoke to the need for political commitment by leaders in DR Congo to create a conducive environment for health workers to control the Ebola outbreak.

The WHO’s top official made a stopover in Uganda with an intention of assessing Uganda’s response to the current Ebola outbreak in Kasese District, Western Uganda.

He was on his way from the Democratic Republic of Congo (DR Congo) where he visited the Ebola hotspots, Butembo and Katwa.

This is his third visit to Uganda since the Ebola outbreak was declared in August 2018 in DR Congo. On arrival in Uganda, Dr Tedros pledged continued support to Uganda to contain this outbreak, including mobilizing regional and global support.

“From our side, I would like to pledge that we will continue mobilising global and regional support to control this outbreak as soon as possible. It is not clean until the outbreak in DR Congo is finished,” he said.

Since the confirmation of the first case of Ebola in Uganda on Tuesday, three people have succumbed to the disease and the Health Ministry says apart from Kasese, no other district in the country has registered an Ebola case.

Government has since embarked on nationwide preventive measures including sensitisation of the masses, washing hands before accessing crowded places, Ebola screening and vaccination of people suspected to have gotten into contact with Ebola victims. 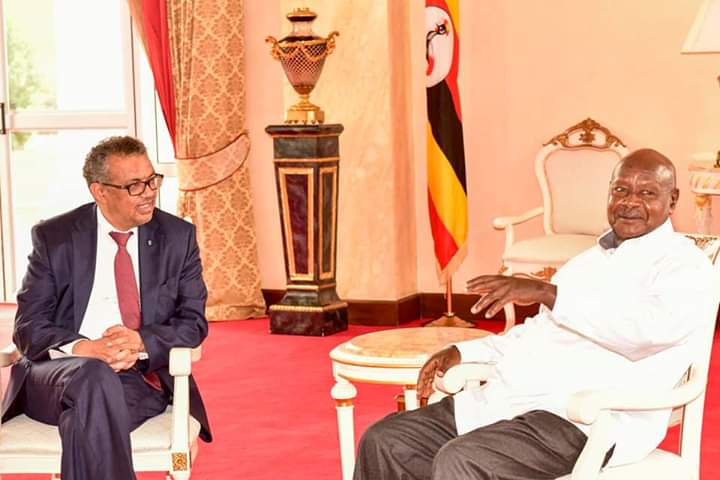 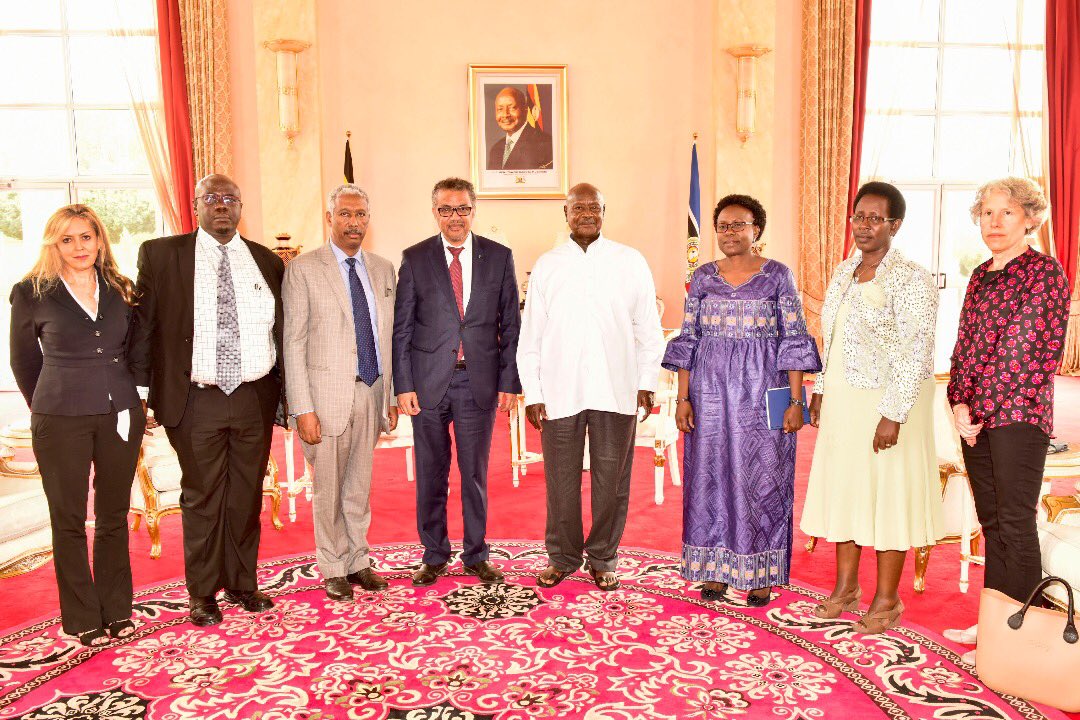 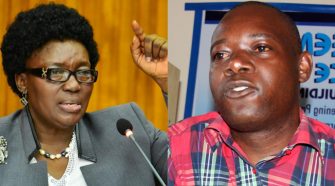