The country’s elections body, Electoral Commission (EC) has for the second time extended the deadline for the general update of National Voters’ Register for purposes of the 2020/2021 General Elections.

The exercise which commenced on Thursday November 21 and was initially scheduled to close on December 11 was extended for more five days to today, Monday December 16.

EC said the extension was as a result of observing big numbers of applicants at the update centers across the country as well as requests for extension from various stakeholders in the electoral process.

However, the EC says they continued receiving these requests and recommendations from their field staff for a further extension.

The proponents of the extension cite the unfavorable weather conditions in many parts of the country and the high turn up of applicants at update stations.

As such, the Commission sat on Monday morning and reviewed the reasons advanced and agreed to further extend the process for more seven days.

“The Commission has decided to further extend the update period from tomorrow Tuesday 17th December 2019 for seven (7) more days, ending on Monday 23rd December 2019, after which, there will be no further extension,” says Justice Byabakama Mugenyi Simon, the EC Chairperson in a statement.

He says the exercise will continue to be conducted at update stations in each parish throughout Uganda, starting from 8am to 6pm, throughout the extended period, including weekends.

The elections body says in this exercise, the details of learners who were registered under the Learners Project in 2017 and have since attained the age of 18 years is also updated and assigned a polling station within their parish of residence or origin. 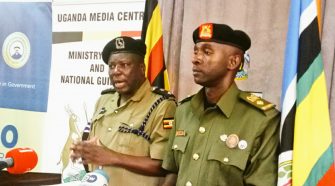