The Electoral Commission has gazetted Thursday July 25, 2019 as the polling day for electing Interim District Chairpersons in the seven newly-created districts.

The announcement was made by Hajjat Aisha Lubega Basajjanaku, the Acting Chairperson of the Electoral Commission, during a news conference in Kampala.

Elections are to be held in the new districts of Madi-Okollo (created out of Arua), Karenga (out of Kaabong), Kalaki (Kaberamaido), Kitagwenda (Kamwenge), Kazo (Kiruhura), Rwampara (Mbarara) and Obongi which was created out of Moyo district.

Hajjat Lubega said voting shall be by Electoral College and secret ballot and will be conducted at the headquarters of the respective new district, starting at 9am.

The elections in the said district has been delayed due to the lack of a budget for the elections.

The elections in the said districts which were created by the 9th Parliament had been delayed due to the lack of a budget for the electoral exercise.

In March, the Minister of State for Finance (Planning), David Bahati, told Parliament that the Ministry had written to the Electoral Commission asking whether the body can hold the elections using their original budget for the current financial year, but had got no response from the electoral body yet.

“Parliament did not budget for this item [elections], we are finding it difficult to conduct elections in these districts,” said Bahati in March.

“At the moment there are no resources to conduct the elections,” he added.

Bahati implored members to wait for the budget for the 2019/2020 financial year in which provisions for the elections will be made.

The September 2015 resolution also created other districts of: Nabilatuk, Bugweri, Kasanda, Kwania, Kapelebyong and Kikuube. They became effective on July 1, 2018. 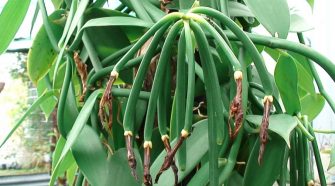 Govt Pushes Vanilla Harvest to January 15 Due to Weather Changes