The Electoral Commission (EC) Chairman, Justice Simon Byabakama has revealed that the election of Members of Parliament (MPs) in the newly created cities hangs in balance since the said constituencies that were automatically created are yet to be prescribed as required by law.

Appearing before the committee on Legal and Parliamentary Affairs, Byabakama noted that the commission is simply hearing about the new created cities but not aware of the electoral positions in these new cities as they are not yet prescribed in their records.

A total of seven new cities that are affected include; Jinja, Arua, Mbarara, Fort Portal, Masaka, Gulu and Mbale.

There are two scenarios regarding the new cities, the first scenario are the cities that become effective this month, they are seven and each city has two divisions which is taken to be a constituency; currently, the prescribed number of constituencies by Parliament are 296 and all these slots are all fully occupied by named and existing constituencies, Byabakama said.

Byabakama revealed that the new constituencies in the new cities are not part of the 296 because Parliament has not prescribed them adding that EC cannot therefore act outside what is prescribed by Parliament.

Byabakama advised Parliament to quickly pass these constituencies when presented before the house or else these cities risk being left out on representatives in parliament.

The Committee Chairperson, Jacob Oboth Oboth tasked the Minister of Justice and Constitutional Affairs, Ephraim Kamuntu to weigh in and ensure justice is done for the new cities.

Kamuntu told members that the creation of constituencies, municipalities and cities is a mandate of the Ministry of Local Government who has partly done performed his duties by tabling new counties to the house.

Last week, the Minister of Local Government, Raphael Magyezi tabled before parliament a motion seeking the creation of 15 new counties, but this was blocked by legislators who noted that some counties had been left out yet they had fulfilled all the requirements.

Ruling on the matter, Oboth encouraged Members of Parliament from the new cities to seek engagement with the Ministry of Justice and the Attorney General outside so that a harmonized position is reached. 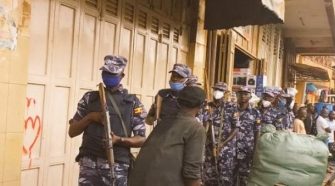