The Cubs, Uganda’s U17 national football team, has Saturday been knocked out of the Africa Cup of Nations (AFCON) U17 finals taking place in Dar es Salaam, Tanzania.

This is as a result of their one all draw with Nigeria in their final group A game played at the Azam Complex, Chamazi.

Uganda only needed a win for an outright qualification for the semifinals as well as U17 World Cup in Brazil, or Angola’s loss to hosts to Tanzania which h has not happened since the former has beaten the East Africans 4-2.

From group A, Nigeria and Angola have now qualified with 7 points and 6 points respectively. They join Cameroon which qualified earlier from groups B, pending other games tomorrow.

Fabian Kwesi’s boys were playing for the first time at the finals despite being the 13th edition. The tournament will end on April 28. 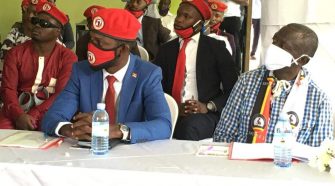