On Tuesday, Ethiopia approved a new Cabinet with a record 50 percent female, including appointment of the first woman defense minister, Aisha Mohammed Musa.

The new Prime Minister Abiy Ahmed who is described by Ethiopians as “our miracle” and many human rights groups as a reformist presented the nominations to lawmakers which were unanimously approved.

Political observers say under the new prime minister, totalitarianism and state brutality appear to be giving way to rule of law and equality.

The new Prime Minister is also trying to build a new image for the country from that of human rights abuser known in the public eye both locally and internationally.

For instance, Abiy has already fired the head of Ethiopia’s prison service after allegations of widespread torture, and removed three opposition groups from its lists of “terrorist” organisations.

Ethiopia has also been branded as a country sidelining women.

“Our women ministers will disprove the old adage that women can’t lead,” Abiy said while presenting names of his choices, describing the decision as the first in the history of Ethiopia and probably in Africa.

Another woman, Muferiat Kamil, who is a former speaker, will lead the newly created Ministry of Peace.

This 20-member Cabinet, reduced from 28 posts, is the second named since the PM took office in April this year, following the resignation of his predecessor, Haile Mmariam Dessalegn. 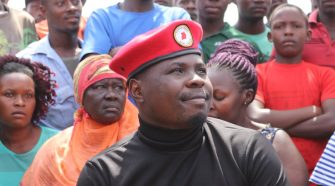