The government of Ethiopia is set to release all political prisoners currently in detention in a move they say will foster national unity and reconciliation.

In an unprecedented move, Ethiopian President, Hailemariam Desalegn announced on Wednesday that all political prisoners will be pardoned or have their cases annulled, in adition to shutting down the Maekelawi detention centre considered to be a torture den.

“Political prisoners that are facing prosecutions and are already under arrest will be released,” Desalegn told journalists at a news conference.

“And the notorious prison cell that was traditionally called Maekelawi will be closed down and turned into a museum,” he added.

Government has also faced sharp criticism in the past over its tough stance on political dissent witnessed through arrests of critical journalists and opposition leaders.

Amnesty International was quick to commend the announcement saying that it could bring to an end an era of bloody repression in Ethiopia.

However, President Desalegn did not give specific timelines within which the release of political prisoners and the closure of the notorious detention facility would be implemented.

The total of prisoners that this decision will affect also remains unclear. But the majority (estimated to be 1,000) of such prisoners are said to be held on terror related charges.

Among them are opposition activists from regions of Amhara and Oromia who were arrested and detained following recent anti-government protests which resulted into a state of emergency.

Opposition leaders like Bekele Gerba and Merara Gudina who are currently detained too are likely to be pardoned. 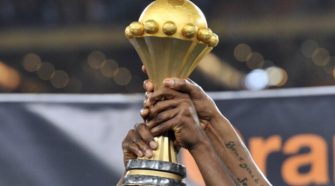