Two top officials within the Ethiopian government as well as the Chief of Staff of the military and a retired General were shot and killed in two separate incidents connected to an attempted coup on Sunday, the Office of the Prime Minister of Ethiopia said in a statement.

The Office of Prime Minister, Abiy Ahmed described Sunday’s incident as an orchestrated coup attempt on the leadership of the Amhara government.

In a separate incident on Saturday night, the Chief of Staff of the Ethiopian National Defence Forces, General Seare Mekonnen and Maj Gen (Rtd) Gezai Aera were also killed. The two are said to have been murdered by Gen Seare’s bodyguard at the General’s residence in Addis Ababa.

The Prime Minister’s Office said the incident in Addis Ababa is connected to Sunday’s coup attempt.

The Office has attributed the coup attempt to Brig Gen Asaminew Tsige who has been serving as the regional government’s Peace and Security Bureau head. He is accused of orchestrating the attacks in collaboration with other individuals.

“Many of the individuals involved in the attacks have been arrested and there is an investigation to arrest the remaining. It is to be recalled that Brigadier General Asaminew Tsige was given amnesty and released from imprisonment last year,” the Office of Prime Minister Ahmed said in the statement.

Government says the situation in the Amhara region is currently under full control by the federal government in collaboration with the regional government which is led by Vice President Lake Ayalew.

“The federal government remains committed to ensuring national security and through the command of Prime Minister Abiy Ahmed, various tasks are underway”.

Government says it has formed a national committee that will organize a military funeral honors for Gen Seare Mekonnen and Maj Gen Gezai Abera. 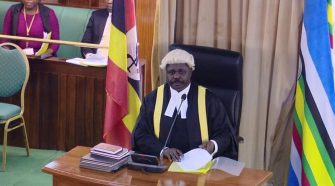