The Ethiopian Airlines aircraft that overshot the runway at Entebbe International Airport on Thursday morning causing disruptions in operations has since been towed off from the runway.

This is according to the Civil Aviation Authority (CAA).

On Thursday, the plane which was on a regular scheduled service from Addis Ababa in Ethiopia to Entebbe airport swerved off the runway upon landing.

“An incident happened at Entebbe International Airport this morning as an Ethiopian Airlines flight No ET 338, a Boeing 737-800 overhsot the runway at 12:41am,” CAA said in a statement, adding that the incident had mainly affected inbound international flights.

All passengers and crew disembarked safely and were cleared.

Now, the CAA Public Affairs Manager, Mr. Vianney Luggya said the plane has been removed and normal operations have resumed.

Ethiopian Airlines had Thursday issued a statement apologizing to its customers who had been inconvenienced by the incident. The airline also promised it was working to tow the plane from the runway to the ramp.

The Minister for Works and Transport, Eng Monica Azuba Ntege will in a short while address a press conference from Entebbe. 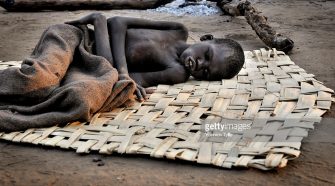 NODDING SYNDROME: Govt Speaks Out on Interventions and Plans to Find Cure