The European Union (EU) Commission has donated €7.2 million that will go towards efforts in responding to the Ebola epidemic in Democratic Republic of Congo (DRC).

Authorities in Congo have for months been grappling with a fresh outbreak of Ebola virus disease in the North Kivu and Ituri provinces, both areas of open and ongoing conflict, densely populated and with considerable movements of people, are affected by the epidemic.

The EU Commission announced a donation of €7.2 million (USD 8.2m) on Monday to strengthen response to the Ebola outbreak. This brings the total EU response so far to €12.8 million in 2018.

“The EU funding will help partner organisations working on the ground to deploy extra capacities to the affected areas,” a statement by the European Union Commission on Monday read.

“It will improve surveillance and the capacity to trace victims of Ebola, notably early cases”.

The funds will also cover communication with affected communities on risks and how to prevent the spread of the disease including psycho-social support and preparedness for safe and dignified burials.

EU’s Commissioner for Humanitarian Aid and Crisis Management Christos Stylianides said; “We need to win the fight against the Ebola outbreak in the Democratic Republic of Congo which has claimed, so far, over 150 lives”.

“We are working closely with the World Health Organization and the national authorities to fight the disease. We are not letting our guard down and we will continue our support for as long as it takes,” said Stylianides.

Among other interventions by the EU to support the fights against Ebola in North Kivu Province is the EU Civil Protection Mechanism which was activated following a request for assistance from the World Health Organization.

In addition, ECHO flight, the EU’s humanitarian air service, has transported personnel, supplies and equipment to the Ebola-affected areas since early August.

EU Commission humanitarian experts are on the ground in Beni, the Ebola-affected areas as well as in Goma and in Kinshasa.

In bordering countries of Uganda, Rwanda and Burundi, the EU is financially supporting the Red Cross to reinforce preparedness and prevention measures. 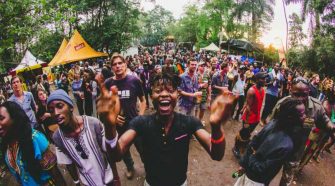