Government of Uganda has come out to  respond to the U.S embassy in Kampala over a statement it issued condemning what they say is stiffling of freedom of speech, citing the blocking of singer Bobi Wine’s concerts in Easter.

In a statement released on Tuesday, the U.S embassy in Uganda said it was joining the many Ugandans “asking why their government has recently blocked musical concerts and radio talk shows, disrupted peaceful demonstrations and rallies, and deployed heavy-handed security forces against peaceful citizens”.

The U.S says the recent actions of government against the political opposition are contrary to Uganda’s constitution which guarantees freedom of assembly and expression.

“We echo the Ugandan people in calling on the government to respect these rights,” the U.S embassy said, adding that  “strong leaders and states do not stifle speech”.

Strong leaders allow their citizens to participate fully and without fear in a vibrant multi-party democracy, the statement added.

The Assistant Secretary for U.S Department of States’ Bureau of African Affairs, Tibor Nagy said in a tweet on Tuesday that concerts, radio talk shows, and peaceful demonstrations are all freedoms of expression protected by the Ugandan constitution.

“We echo the Ugandan people in calling on the government to respect these fundamental rights,” Nagy said.

In response to these concerns, the government of Uganda through the spokesperson, Ofwono Opondo, said it respects rule of law and constitutionalism which guarantees freedom of assembly expression and movement.

Opondo however added that “all leaders are expected to abide by these standards and cooperate with law enforcement officers in the conduct of their activities”.

The statement comes shortly after Police and the military deployed heavily on roads leading to Bobi Wine’s One Love Beach Busabala where a concert by Bobi Wine was scheduled to take place.

The security agencies later arrested Bobi Wine and drove him to his home in Magere where he remains under Police supervision. Police’s deployment at his home could have been to restrain him from participating in a protest he had planned to hold on Tuesday morning. 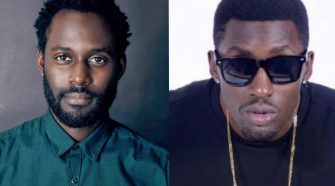