Uganda’s biggest telecom company, MTN Uganda is yet again entangled in another crisis, this time security and criminal in nature. Another huddle that the South African multinational must overcome amid unresolved complexities in securing a renewal of its license in Uganda after operating for over two decades.

On Tuesday, it emerged that two of MTN Uganda’s Senior Managers, both foreign nationals had been arrested and deported for allegedly engaging in activities that compromised Uganda’s national security.

The deported staffers are; Olivier Prentout (French national) who has been MTN Uganda’s Chief Marketing Officer and Annie Bilenge Tabura, a Rwandan national who was working as the General Manager for Sales and Distribution at MTN.

Police said that Annie and Prentout were using their employment “as tools to achieve their ill motives”. Prentout was arrested upon arrival at Entebbe airport on Monday, according to MTN.

Without divulging details of the said subversive activities, Police said the deportation of Prentout and Annie “has enabled us disrupt their intended plans of compromising our national security”.

Namaye told NTV Uganda on Tuesday that the two “were privy to technology and information that an ordinary person wouldn’t” and that security agencies “felt that if they remained here, it would cause us further compromise of security”.

She said that “they used their offices to jeopardize our security, so their presence here was a security threat”.

Details are beginning to emerge on the reasons behind Monday’s arrests. In the case of the French national, Olivier Prentout, a credible source who is versed with the investigation said “he (Prentout) undermined the Ugandan government as an individual and not on behalf of France”. Our source said that the Chief Marketing Manager was using his position to fund some subversive groups.

Regarding Annie Tabura, SoftPower News has learnt from the source that her involvement is connected with a sustained campaign by one of Uganda’s neighboring countries to undermine both the security and establishment in Uganda.

The source revealed that in MTN Uganda, Annie has been acting as a conduit to facilitate and finance the hostile activities, with direct orders from the Kigali administration. Meanwhile, it has also been established that her position at MTN Uganda was never advertised, raising questions on how she came to secure that job.

She is accused of using her position to establish a wide and discreet network of Mobile Money channels through which subversive (mostly criminal) operations would be financed. The scattered network was intended to make the detection of such transactions difficult to detect.

The mobile money network, the source said, was strategically positioned in areas of interest to Rwanda – refugee settlements where Rwandan refugees are situated to aid their kidnapping back to Rwanda, as well as urban areas. In the urban areas like Kampala for example, the motive was to execute sponsored criminality including assassinations of high profile politicians and security officers with an aim of causing anarchy which would in turn undermine tourism and investment in Uganda. One of the targeted politicians, we have learnt from the credible source, is Minister Philemon Mateke.

In this syndicated ploy, Annie Tabura is said to have been receiving direct instructions from Rwanda’s Embassy under direct command by the country’s Inspector General of Police, Gen Dan Munyuza.

It has also emerged that Annie was working very closely with Col James Birabyo, the Defense Attaché in the Rwandan High Commission (in Kampala) as well as Ismail Baguma, the Police Attaché under the same embassy.

In months leading to the sacking of former Inspector General of Police, Gen Kale Kayihura, who was also accused of being a collaborator and agent of the Rwandan plot, there was heightened kidnapping and repatriation of Rwandan refugees, killings of innocent Ugandans by machete-wielding thugs and kidnappings. The same wave of crime saw dozens of women hacked to death in parts of Wakiso and Entebbe.

Kayihura whose associate Senior Police officers were allegedly bankrolled by Kigali to fulfill the interests of the administration would later be arrested and charged with illegal repatriation of Rwandan refugees, failure to protect war materials (by issuing guns to unauthorized persons) and failure to supervise and account for arms and ammunitions.

A separate source who preferred anonymity had previously disclosed to SoftPower News that a sacked senior actor in police had connived with one of the staffers in MTN Uganda to delete call records that were likely to implicate the officers in some of the criminal activities cited above. What is not yet clear so far is whether Annie and Prentout had a hand in this illegality. It should be noted that in the course of their investigations, security agencies rely on recorded telephone calls from telecom service providers, in cases where it is necessary.

In order to execute their missions and eliminate their targets, elements working with Annie had employed a range of tactics. One of them are young and attractive Rwandan agents working for Rwanda’s spy agency, National Intelligence Security Service (NISS) who were facilitated with the help of Annie to travel to Kampala using either Jaguar or Trinity buses and make contact with the targets. In Kampala, these ladies, a source further revealed, would disguise as sex workers and seduce their targets and eliminate them by either poison or hit men (associates) who masquerade as relatives or businessmen. Others of such hit men have disguised themselves as Pastors and established cells in areas of Kampala, Kisoro, Mbarara, Ntungamo, Mubende, Isingiro, Nakasongola and Ngoma.

But Kigali’s influence extends beyond that. In some instances, it has used financial incentives to compromise Ugandan officials.

We understand three officers working with Immigration were arrested on Monday. The three whose work station is at Entebbe airport had received a bribe in exchange for deleting a red flag raised by Ugandan security on Annie Tabura’s name.

The case of MTN Uganda and the staffers Olivier Prentout and Annie Tabura begs the question – how much influence does Kigali wield in Uganda’s domestic affairs and how deep have the systems been compromised? That a teleco, a private firm owned by neither Rwanda nor Uganda can be infiltrated to that extent raises more concerns on how long Rwanda’s invisible arm spreads. But it is also the latest in a series of events that highlight the souring relations between Kampala and Kigali but which reality both sides continue to dismiss publicly.

The strained relations have been characterized by counter accusations between Kigali and Kampala administrations.

Kigali in a protest note to Kampala in December 2017 accused Uganda of facilitating rebel elements tied to the diaspora based opposition group, RNC and arresting Rwanda nationals. This was preceded by Uganda’s arrest and deportation of Rwandan nationals following a number of murders in Uganda. 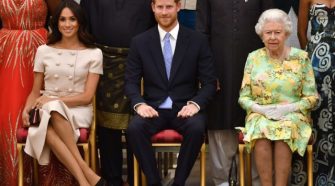