The Chieftaincy of Military Intelligence (CMI) Head, Brig Abel Kandiho has said that the security agencies have made a breakthrough in resolving the rising cases of kidnappings and murders which have caused panic among Ugandans.

The CMI Chief who spoke exclusively to SoftPower News for the first time about the wave of kidnappings said that the security agencies are on top of the situation and that the network responsible for perpetrating these kidnaps has already been penetrated.

In February this year, the country was gripped in fear following the kidnap of 28-year-old Susan Magara, a cashier of her family owned business who was gruesomely killed after three weeks and her body dumped in Kigo, Wakiso district.

Since then, Police figures indicate that a total of 24 other kidnappings have been reported across the country, 4 of which have resulted into murder.

“We are handling. There is a breakthrough, we have penetrated the network,” Brig Kandiho who rarely speaks to the press told this website when asked to comment on the worrisome trend of kidnappings.

“The fact that we have been able to penetrate and break rackets of criminals who are now facing the court martial, and we were able to arrest Magara killers, the public should have confidence in us. We are not sleeping,” he added.

Weeks ago, a joint security operation led by CMI raided a mosque near Usafi in downtown Kampala where some people suspected to have been involved in Susan Magara’s murder were arrested.

The suspects initially arrested for the murder had confessed and gave out information on how the deal to kidnap Susan was hatched, the vehicle that was used and how she was eventually killed. They also divulged information leading to the arrest of suspects at the Mosque.

At the moment, the prime suspect, identified as Yakoub Byensi who is still at large is being hunted.

“Very soon, you will not hear of more kidnaps. We have achieved a lot in operations by getting to the root,” the CMI Chief reassured.

Since Susan’s death, 4 other people have been killed after being kidnapped, according to a statement issued by Police on Monday this week. These include Charity Kyoheirwe, 29, whose body was discovered in Wakiso on March 23 and 2-year-old Mulungi Nowella who was murdered and her body dumped near a swamp in Mbarara on April 4.

The others are Jackline Masibo, 33, killed and dumped in the Malaba river in Busia district and Nalule Milly who was kidnapped from the taxi park in Kampala only for her body to be recovered on May 7 in Mutundwe.

“The Police and the entire security apparatus are concerned with this new wave of crime. We are handling these cases expeditiously and are treating all very importantly,” the Police Spokesperson, SSP Emilian Kayima said in a statement on Monday.

Police say that some suspects in each of these separate kidnappings have been arrested and some arraigned in courts on charges of murder and kidnap with intent to demand ransom.

Last week on Friday, 8 suspects in the murder of Susan Magara were produced before the Buganda Road court, charged and later remanded to Luzira prison.

However, Police says that the rest of the kidnappings have turned out to be cases of self kidnaps or fake ones. Such cases have occurred in Luweero, Bushenyi, Iganga and Wakiso and some of the suspects have been prosecuted.

The CMI Chief underscores the need to sensitize the public on the issue of kidnappings so as to take precaution. He attributes some of these incidents to rituals while others he says, are political in nature.

“Sensitization of the population is very important. The media has a big role to play. Most of the kidnappings are rituals, love gone sour affairs and political,” Brig Kandiho told SoftPower News.

CMI took a lead role in cracking down on rackets of criminals including Abdallah Kitatta and his notorious Boda Boda 2010 rogue group which is responsible for meting out torture and brutality against Boda Boda cyclists and other residents in Kampala. 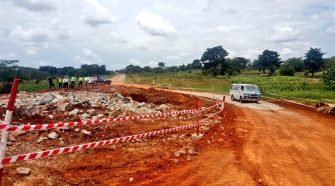