Experts and innovative leaders have called for the use of innovation to accelerate the timely delivery of planned infrastructure and services to Ugandans in a bid to promote social and economic growth.

This is especially if Uganda is going to play in the league of global and attractive economies for investment and living, it’s important that the first thing we get right is infrastructure.

Eng. Andrew Kitaka, the Acting Executive Director, Kampala Capital City Authority (KCCA) said that innovation in the infrastructure sector is no longer a need but a strategic necessity because it is a key catalyst for growth and development as well as a driver for better and sustainable business performance that leads to industry leadership.

He was addressing the media at the Innovation Series, a thought leadership forum by brainchild Burson Cohn & Wolfe (BCW) that was hosted at the Golf Course Hotel.

In his remarks on decongesting the city, Eng. Kitaka appealed to the young people to develop applications that will help in solving the traffic challenges in the country.

“As plans for the Kampala Flyover are under way, KCCA has gone ahead to devise means to decongest the city center by designating areas where Ugandans can easily access public transportation facilities (Taxis) with ease.”

According to a global study by auditing firm KPMG, modern operational technologies in infrastructural development include; the use of; Artificial Intelligence, Internet of Things (IoT), Drones, Virtual Reality and Smart Sensors. These technologies and more can be leveraged to aid the feasibility, planning, implementation, piloting and monitoring of the construction works in the country.

The Innovation Series event was held under the theme “Fast-Tracking Infrastructure Project Completion through Innovation”.

It was based on its timeliness for the sector, given the significant level of investment the government of Uganda is making to ensure that an efficient and admirable transport, energy, ICT and utility service network is established to aide social and economic growth for citizens.

Explaining the contribution of the Internet of Things in innovation, Timothy Musoke, the Chief Technical Officer, Roke Telkom said, “ICT is an enabler of Innovation, therefore, as we develop the city and other key infrastructure, we shouldn’t forget that ICT is part of this development considering how fast the world is adapting to new technologies.”

The government is undertaking a number of major infrastructure projects across the transport, energy, and information communication technology sectors, as part of Uganda’s economic growth and transformation agenda.

This financial year, Shs 6.4 trillion was allocated to construct and enhance the country’s existing transport network. In addition, Shs 3.1 trillion allocated to both the energy and ICT infrastructure to further promote economic growth and development.

Speaking at the event, Walter Wafula, the Business Unit Head-PR at brainchild BCW, noted that “The background to the fourth edition of innovation series was based on the need to provide a platform where key players can deliberate on innovative solutions to address the recurrent delays in infrastructure project completion and delivery that costs both the government and citizens over Shs2.8 trillion (USD 800m) in GDP and productive work time, according to a World Bank study.”

He thanked brainchild BCW’s sponsors and partners for committing up to Shs 130million towards the 2019 editions of the Innovation Series and promoting the culture of innovation in Uganda.

They discussed the role innovation plays in the effective delivery of the various infrastructure projects in various interlinked sectors including Energy, ICT, Transport, Automotive and Utility services. 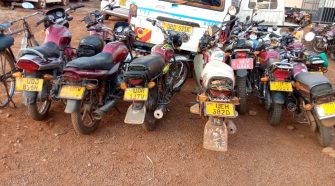