Popular media personality, Sheilah Gashumba, has said she would rather sell samosas than be a TV presenter, after she claimed TV presenters only thrive on fame but they’re broke.

Sheilah opened a can of worms on Twitter Friday night after she called out TV stations for exploiting presenters and paying them peanuts.

If only TV could pay more than the energy Presenters put in!! Lol!! We would be soooo rich!!! Lol!! Do research, do maths!! Add up!! I respect y’all but the money has to add up to the fame!!! PERIODT💯💯💯💯

She revealed that during the time she was co-hosting The Style Project (fashion talk show) on NTV Uganda, she was paid Shs 100,000 per show which is Shs 400,000 a month since it’s a weekly show. This is peanuts, she says, given the 30-minute show had a sponsor paying NTV Uganda as much as Shs 25m.

On NTV, Sheilah also co-hosted daily music talk show ‘The Beat’. She quit the show in 2018, and later also quit The Style Project in 2019.

“Lol NAH FAM!! I would rather sale somasos a whole month than be a tv presenter,” she tweeted

Okay so why did @DouglasLwangaUg leave the biggest station to another upcoming station!! Come on!’ Use your common sense!!😳😳

“In general, my point is other jobs are way better than being a TV presenter In Uganda. I would rather drive Uber than be known by the whole world for being a tv presenter with peanuts famous but broke!! Nah”.

Sheilah made her TV debut as an 8-year-old girl, hosting a kids show on WBS TV back in the days. At the time, she earned Shs 50,000 per show.

She says back then, she cared less about the money simply because she was a kid, “but now I’m not a child and I don’t stay under my father’s roof”.

50,000ugshs per show that’s 1,000,000ugshs a month ( 5 days a week) !! Lol JOKERS!!Some stations should be ashamed of themselves!! Come on!Why pay too little for the talent you front!! I used to get paid more when I was on Tnation than when I was on THE Beat!!

The social media influencer and brands ambassador says she was working on TV because she loved being on TV.

“But when you grow older, you realize it’s not about what you love but your value and how much you are being paid for job!! You are either paid your worth or you walk out!!”

She had a tip for young people – “Don’t let the world fool you!! Being famous in uganda through TV is a myth, no money!! Just fame but no money, that’s the plain truth”.

According to her, the talent on TV in Uganda isn’t worth the TV stations. And she advises TV presenters to know their worth.

“This is the reason the entertainment industry is underrated because y’all don’t value yourselves!!”

Investment in marketing for each of the shows has been ramped up (on TV and social media), but question is – are the presenters cashing in on this boom in viewership? 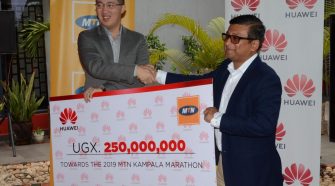